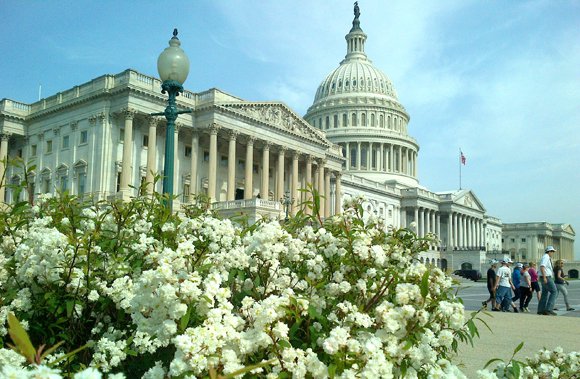 Next up: the debt ceiling.

The White House continues to issue dire warnings about the economic consequences should Congress fail to raise the debt ceiling this month. President Barack Obama told Wall Street to be “concerned” and Treasury Secretary Jack Lew said Congress is “playing with fire.”

But despite all the drastic pronouncements, some Republicans in Congress aren’t buying it. For one thing, they doubt that October 17 is the date when the Treasury will be unable to meet its obligations.

Rep. Lee Terry, R-Nebraska, is one of those lawmakers.

“For him to just put out the 17th as a drop-dead date, I don’t think there’s a lot of credibility to that. I don’t think a lot of my peers and I believe in that,” Terry recently told CNN.

Lew said Sunday on CNN’s “State of the Union” that he has exhausted all of the “extraordinary measures” he employed when the debt limit was reached in May. “I have no more. That means that on October 17th, we’ll run out of the ability to borrow,” he said.

He said he will have only $30 billion to pay as much as $50 billion or $60 billion worth of daily bills.

Lew also warned in a recent news release that default would be “unprecedented and has the potential to be catastrophic.”

He said: “[C]redit markets could freeze, the value of the dollar could plummet, and U.S. interest rates could skyrocket, potentially resulting in a financial crisis and recession that could echo the events of 2008 or worse.”

But many conservatives doubt that, too.

“We don’t expect there to be chaos,” Terry said.

“I don’t think the credit of the United States is going to be collapsed. I think that all this talk about a default has been a lot of demagoguery, a lot of false demagoguery,” he added.

The lawmakers’ skepticism echoes a distrust of the government that runs deep in both liberal and conservative constituencies. But with a Democratic president, conservatives’ skepticism is more pronounced.

According to a September CNN/ORC poll, a slight majority of Republicans — 52% — said it would be a good thing for the country if the debt ceiling is not lifted while only 18% of Democrats said so.

While Republicans are more skeptical of the Obama administration’s posturing, the administration isn’t totally sure what will happen if the debt ceiling is not lifted.

When asked what would happen on October 18 if Congress doesn’t act, Lew told CNN’s Candy Crowley on Sunday that he “can’t tell you.”

“We’ve never gotten to the point where the United States government has operated without the ability to borrow,” he said.

There lies the central tenet. Because the United States has always lifted the debt ceiling when the borrowing limit was tapped, no one knows for sure what impact it would have.

Democratic Sen. Charles Schumer of New York even said that “no one’s certain” what the economic fallout would be. But he added on CNN’s “New Day” on Monday, that “no one should risk it and no one should say I want my political agenda attached to it.”