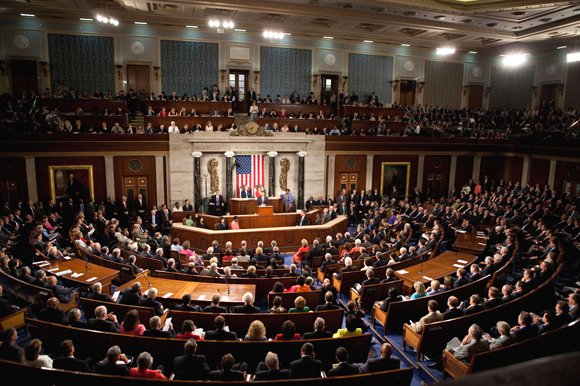 As I write this column, I have no idea whether Congress finally evaded the government shutdown that would happen on Oct. 1. (It did not). I do know, however, that I am sick of the budgetary brinkmanship that plagues our government. Every few months there is some crisis or another that has the House of Representatives and the White House at loggerheads. This time, Republicans in Congress want to defund Obamacare as part of the budget that must be passed and say they are willing to let government close to meet their goal. Senate Majority Leader Harry Reid, (D-Nevada), says that Republicans are holding a gun to the American people’s heads, and he isn’t lying.

It doesn’t stop on Oct. 1. The back-and-forth exists because Congress has not passed a budget the way it normally does since 2009. Now, government has operated through a series of continuing resolutions that make it difficult for federal departments to know how much they have to spend. And if Congress passes an agreement to keep government open, it will only keep it open through November or Dec. 15, depending on which version (House or Senate) of the law passes. The Oct. 17 threshold to raise the debt ceiling or further imperil our once-solid credit rating is another upcoming deadline.

In each instance, Republicans have another opportunity to crow about their fiscal mindedness and argue about Obamacare. But, as Sen. Reid has said, Obamacare is the law of the land. It took effect Oct. 1, government shutdown or not. The Republican House majority may despise Obamacare, and may change some provisions of it, but they can’t stop it now.

Indeed, Republicans are gearing up for the debt ceiling debate, which is another opportunity for brinksmanship. If they remove the Affordable Care Act from negotiations on the budget continuing resolution, it will surely resurface when the debt ceiling is discussed. We can spend the rest of this year, and part of next, with this budgetary brinkmanship, all driven by the fact that many Republicans simply cannot stand the notion of the Affordable Care Act.

Actually, it’s not just about the Affordable Care Act; it is about President Barack Obama and Republican resistance to anything he proposes. Their attitudes go beyond partisanship to venomous distaste. You’d have to go back to the 19th century to find members of Congress so rude as to holler out “you lie” as a president spoke. Assertions that something would happen “over my dead body” are far more common. It has always amused me when people so quickly offer their dead bodies up for discussion, as if they so lightly value their living bodies that they’d offer their dead one in the name of public policy. Just recently, Sen. Rand Paul said the federal government would bail out Detroit over his dead body, and years ago Dick Armey (R-Texas) said the minimum wage would pass over his. Last I heard, the minimum wage rose and Armey is still living, although no longer in Congress.