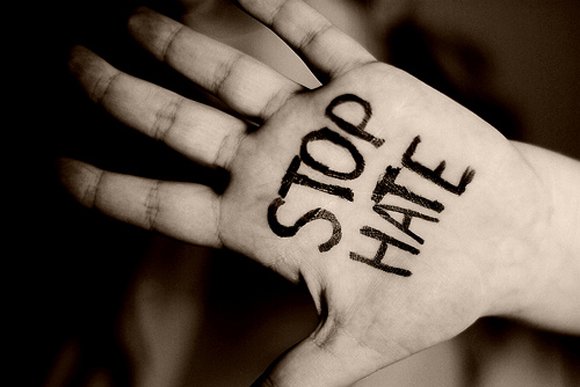 According to its annual report — which defines a hate crime as one where hatred or prejudice toward a victim’s race or ethnicity, religion, disability, gender or sexual orientation was a substantial factor — there were 462 reported hate crimes countywide last year, a decrease of 27 from 2011.

“We are encouraged that for several years in a row the number of hate crimes in L.A. County has been about half of those reported in the late ‘90s and early 2000s,” said commission Executive Director Robin Toma.

About 50 percent of the 2012 crimes documented in the report were race-based, with 66 percent of those targeting Blacks.

Crimes based on sexual orientation increased from the previous year to 28 percent of all the hate crimes — and were more likely to be violent than either racial- or religious-related hated crimes.

Religious crimes, which were primarily anti-Semitic in nature, declined slightly from last year, constituting 19 percent of the total.

“It remains troubling that year after year, the overwhelming majority of hate crimes motivated by religion in Los Angeles County, statewide and across the country, is against Jews and Jewish institutions.” said Amanda Susskind, regional director of the Anti-Defamation League, a civil rights group with a focus on documenting and fighting anti-Semitism.

“We remain concerned that African Americans continue to be the most frequently targeted victims of hate crimes with nearly one-third of all reported hate crimes and two-thirds of racially motivated crimes,” Susskind said.  ”And, not only did crimes against the LGBT — lesbian, gay, bisexual, and transgender — community increase, they also became even more likely to be of a violent nature compared to last year and still vastly more likely to be violent than either racial or religious crimes.”

The highest rate of hate crimes took place in the metro region stretching from West Hollywood to Boyle Heights. When accounting for population, the Antelope Valley tied with the metro area for the highest numbers.

In the Antelope Valley, where federal officials recently found that sheriff’s deputies had discriminated against Black residents, “some of the white supremacist organizations have long been active,” Toma said.

The commission’s report was generated from data collected from sheriff and city police departments, school districts and community groups.