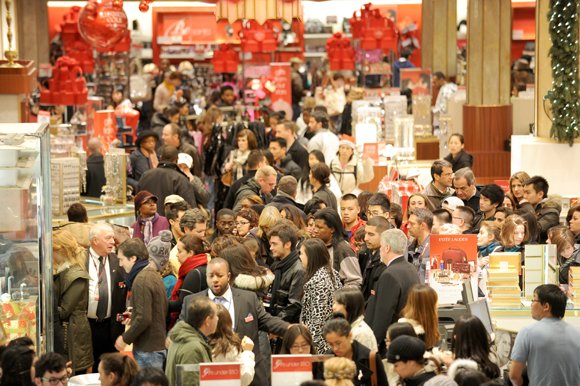 LOS ANGLES, Calif., - The number of retailers open on Thanksgiving continues to grow while several who have been open in the past will have longer hours Thursday in an attempt to satisfy the public’s demands.

The 155-year-old Macy’s chain will open stores on Thanksgiving for the first time “in response to interest from customers who prefer to start their shopping early,” according to a corporate statement.

Target stores will open at 8 p.m., one hour earlier than last year and four hours earlier than 2011, when its midnight opening was the earliest ever.

Kmart, which has been open on Thanksgiving for 22 consecutive years, will open at 6 a.m., the same time as last year. It will remain open until 11 p.m. Friday. It had closed from 4 p.m. to 8 p.m. last Thanksgiving, reopening at 8 p.m. and staying open until 3 a.m. Friday.

Sears stores will again open at 8 p.m. It was open for the first time on Thanksgiving night last year “and received an overwhelmingly positive response from members and customers who took advantage of shopping Black Friday

While hours at Wal-Mart, the world’s largest retailer, vary, it will give customers who are in designated lines between 6 p.m. and 7 p.m. and 8 p.m. and 9 p.m. the opportunity to buy selected products, including some big-screen televisions, at discounted prices, with the guarantee they will receive the product that night or before Christmas.

The major objection to stores opening on Thanksgiving is the disruption it causes in the lives of their employees, separating them from their families.

In an attempt to minimize the impact on its employees, Macy’s began planning early to allow workers the time to review available shifts throughout the Christmas season, including on Thanksgiving weekend, and to volunteer for the shifts they prefer, a statement said.

Sears stores are staffed on Thanksgiving by seasonal associates and those who volunteered to work, a statement said.

Target “works closely with its team members” in advance of the holidays “to understand scheduling preferences,” a  statement said.

A YouGov/Huffington Post poll of 1,000 adults conducted Nov. 19-20 found that 62 percent of those surveyed felt businesses should be closed on Thanksgiving so workers can have the day off and 74 percent said retailers should wait until the Friday after Thanksgiving to re-open. The poll had a margin of error of 4.6 percent.

The Accenture Holiday Shopping Survey found 38 percent of shoppers said they were likely to shop on Thanksgiving. The online survey of 500 customers was conducted in September.

The poll conducted by Prosper Insights and Analytics of 6,201 customers between Nov. 1-7 has a margin of error of plus or minus 1.3 percentage points.