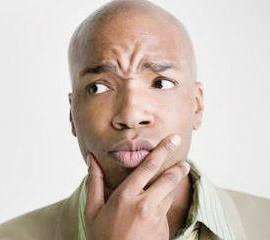 According to reliable sources, a dilemma is a problem with at least two solutions, of which none are desirable or acceptable. This definition fits the reality of the lives of millions of Black males in America like a glove. For more than 400 years now, America has pondered this “Black Male” problem, but has yet to solve the riddle what do we do about Black men?

Do we imprison them a la (Nelson Mandela, Marcus Garvey, H. Rap Brown), take them out of the limelight and away from the masses of people who are influenced by them? Do we assassinate them (Malcolm X, Medgar Evers, Che` Guevera, Fred Hampton, Martin Luther King) thereby effectively silencing their powerful voices, and hope that even the people’s memories of them will die?

Statement of the problem. According to the Department of Justice, (2008) 29.4 percent of African American males born in 1991 will spend some time in their lifetime incarcerated.

• The number one cause of death for 15-24 year-old Black males is homicide (2004 Centers for Disease Control and Prevention).

• Black men in the United States have the shortest life expectancy (69.5 years) of all other racial and ethnic groups—averaging more than six years less than White men who live 75.7 years (2005 National Center for Health Statistics).

• Unemployment among Black males is higher than any other population at 14.0 percent (Bureau of Labor Statistics, September 2013).

• More than 70 percent of Black children in America are raised in single-parent households where no father is present (National Center for Health Statistics, 2007).

In addition, the report “A Call for Change,” released Nov. 9, 2010 by the Council of the Great City Schools—an advocacy group for urban public schools—states that only 12 percent of Black fourth grade boys are proficient in reading; 12 percent of Black eighth grade boys are proficient in math; Black boys dropout of high school at nearly twice the rate of White boys, while Black men represent only 5 percent of college students.

In October, America found itself in the midst of an infamous, insidious, socially excruciating, economically draining federal government shutdown. This was primarily the fault of a fringe element in the Republican party (Sen. Ted Cruz and the Tea Party), and mainstream Republicans, whose devious backdoor promise (January 2009) to shutdown anything President Barack Obama desired to do, informs their current actions.

Further, anyone who does not understand that the color of President Obama’s skin inspires Republican political behavior is living in a fantasy world. These (Republicans) simply don’t like our first Black president; his very existence has been psychologically burdensome to them since day one. President Obama is an American dilemma.