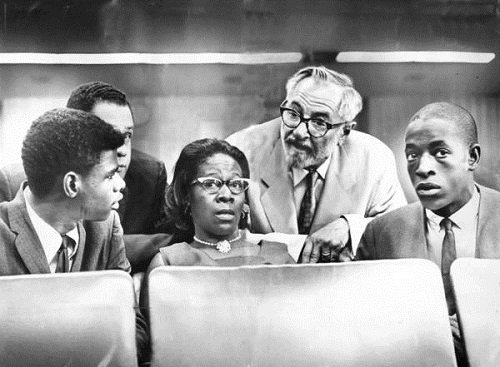 The woman whose arrest, along with that of her son, helped spark the 1965 Watts riots, has died of natural causes.

Price was arrested on Aug. 11, 1965, after she left her home in the Watts section of Los Angeles to help her son, Marquette Frye, who had been stopped by a California Highway Patrol officer.

Frye was stopped for driving erratically down Avalon Boulevard near 116th Street. Police said he subsequently failed a series of sobriety tests.

When Price arrived at the scene, she reportedly jumped onto a police officer after one struck her son over the head with a baton. Price was shoved and another officer pulled a shotgun during the melee, according to the Times.

Price was convicted of misdemeanor interference with police, fined $250 and sentenced to 30 days in jail. Her sentence was later reduced to two years’ probation.

As rumors spread that the police had beaten a Black woman, a crowd gathered and witnessed Price, Frye and his brother, Ronald, being arrested.

Frye died of pneumonia in 1986 at age 41. Price is survived by sons Wendell and Charles, and several grandchildren.