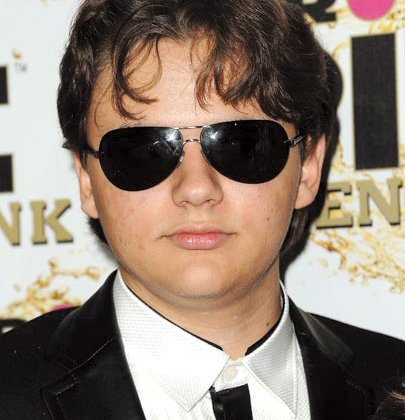 LOS ANGELES, Calif. — Four years after Michael Jackson died, his oldest son is ready to tell a jury about the last days of his life.

Prince Jackson, now 16, was 12 when he followed an ambulance carrying his father to Ronald Reagan UCLA Medical Center on the afternoon of June 25, 2009.

On Monday, in the Jackson family’s wrongful death lawsuit, Jackson lawyers informed AEG Live attorneys that Prince will be the next witness after a doctor who is an expert in medical conflicts of interest completes his testimony Tuesday.

That would likely put Prince on the stand Wednesday, a day after the fourth anniversary of his father’s death.

Jackson lawyers argue that the promoter and producer of the “This Is It” shows pressured Murray to get Jackson to rehearsals but failed to get Jackson help despite numerous red flags that he was in trouble.

Murray told police he used the surgical anesthetic propofol nearly every night for two months to treat Jackson’s insomnia. The coroner ruled that an overdose of propofol killed him.

AEG Live lawyers argue that Jackson chose and supervised Murray and that their executives had no way of knowing the doctor was using the dangerous treatment.

A medical conflict of interest

Dr. Gordon Matheson, the director of the sports medicine department at Stanford University, testified as an expert in medical conflicts of interest Monday.

After reviewing testimony and evidence in the case, Matheson concluded that AEG Live created a conflict of interest because the contract it negotiated with Murray to serve as Jackson’s personal doctor for $150,000 a month “was likely to lead to poor medical decisions.”

Matheson, the team doctor for Stanford’s athletic department, compared it to a football coach telling a team doctor on the sidelines in the fourth quarter of a big game that a star quarterback has to go back in the game despite a suspected concussion.

Murray, who had closed his clinics to take the job and was $1 million in debt, would be inclined not to resist the AEG Live executives’ pressure to get Jackson to rehearsals despite evidence of his failing health, Matheson testified.

Murray himself was conflicted because the negotiated contract was structured so that he answered to AEG, but it also could be canceled if the tour was canceled, he said. “I think that conflict played out as Michael Jackson’s health began to deteriorate.”

E-mails from the show director Kenny Ortega and production manager John “Bugzee” Hougdahl warned AEG executives of Jackson’s deterioration during June 2009, including indications he was unable to do some of his trademark dances or remember lyrics to songs he had sung for decades.

His makeup artist and a choreographer testified about Jackson’s paranoia, his talking to himself and hearing voices, and his severe weight loss.

Associate producer Alif Sankey testified that she “had a very strong feeling that Michael was dying” after a rehearsal 11 days before his death.

“I was screaming into the phone at that point,” Sankey testified. “I said he needs to be put in the hospital now.” 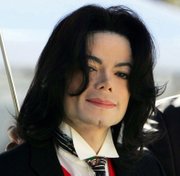 “The symptoms that Mr. Jackson was exhibiting were consistent with what someone might expect to see of someone suffering from total sleep deprivation over a chronic period,” Dr. Charles Czeisler, a Harvard Medical School sleep expert, testified Friday at the trial.

If the singer had not died on June 25, 2009, of a propofol overdose, the lack of REM sleep may have taken his life within days anyway, according Czeisler’s testimony Friday.

Lab rats die after five weeks of getting no REM sleep, he said. It was never tried on a human until Murray gave Jackson nightly propofol infusions for two months.

Prince will be the only one of Jackson’s three children who will appear in court, although the video of Paris’ deposition over two days in March will be seen at some point during the AEG Live defense presentation. The company compelled her testimony, calling her a key witness to her father’s dealings with Murray and to her own relationship with her father.

Jackson lawyers informed the court last week that Paris, 15, would not be available to testify in person because she is hospitalized for psychiatric treatment after a suicide attempt earlier this month.

In testimony last week, chef Kai Chase recalled how devastated Paris was in the first moments at home when she realized something was very wrong with her father.

“We were literally pulling her by her ankles down the stairs as she was trying to go back up, screaming ‘Daddy, Daddy, Daddy!’” Chase testified.

Paris made millions cry two weeks later when she spoke at the public memorial for Jackson.

“Ever since I was born, Daddy has been the best father you could ever imagine,” she said. “And I just want to say that I love him so much.”

Jackson confided in his son about his business dealings at an early age. His testimony is expected to include revelations about what his father told him in his last weeks about whom he trusted and distrusted.

“Prince has always been, even at 12, the little man — daddy’s little man,” Chase testified. “He wanted his father to be very proud of him, which Michael was.”

“The weight of the world is on his shoulders, the eldest, big brother and father figure to his siblings,” Chase testified. “It’s a lot for him, growing, liking girls. He wishes his father was here to give him advice. It’s devastating to him.”

Life after his death

Jackson died just two weeks before he was to travel with Prince, Paris and Blanket to London where 50 concerts were scheduled over the next 10 months. Their father told them they would go on a long world tour after the London shows, which they were excited about, Paris said in her deposition.

After the tour, Jackson intended to buy a mansion in Las Vegas to serve as a base while he concentrated on making movies, his children said. To prepare them, Jackson hired a film professor from the University of Southern California to teach them movie-making techniques in their home school.

With their father gone, the children moved in with their grandmother in the same Los Angeles home where Michael Jackson lived at a teen. The veil of privacy — which included wearing masks when in public with their father — was soon replaced by occasional public appearances to honor their father.

The children spoke at the Grammys, a Hollywood Boulevard dedication ceremony, a tribute concert and to Oprah Winfrey. In each event, they appeared poised beyond their years.

The two oldest enrolled in a private school, a major change from the home tutoring their father provided.

Prince and Paris have both begun exploring careers in entertainment.

Prince worked several days as a “special correspondent” for “Entertainment Tonight” and acted in an episode of the television show “90210.” Aunt La Toya Jackson arranged the jobs for him.

Paris signed up with an A-list Hollywood manager to help with her acting career earlier this year, but that’s on hold while she is being treated.

Blanket, whose nickname came from the blanket his father often covered him with in public, is still taught at home, which is now a big hilltop house in a gated Calabasas, California, community.

“He does dance moves like his father,” according to Chase, who was rehired as the children’s chef last year.

Blanket, now 11, does “a lot of remembering what daddy did, and it’s constant nonstop talking of him and his father’s relationship together,” Chase testified last week. He often wears a T-shirt from the Cirque du Soleil “Immortal” show based on his father’s music, Chase said. “He wears it constantly.”

The trial, in its ninth week in a Los Angeles courtroom, is expected to last into August, according to lawyers on both sides.