Leimert Park may be fading as a Black cultural hub 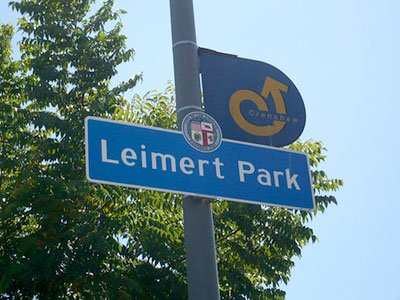 After a noble fight by some to win an underground station in Leimert Park as a compliment to the area considered the cultural hub of Black Los Angeles, those whose businesses have helped to make it so may not be around to enjoy the benefits. A number of Black businesses in the Village have been notified that their leases won’t be renewed.

One such business in Jinga Jinga at 3347 1/2 W. 43rd Place. “It’s not an eviction,” said Nate-El. “They’re not renewing our lease. They are forcing us out. They retake the premises when the lease is up. My lease is up in October.”

Nate-El refers to his business as a Jazz lounge, but he also offers classes in African drumming, rites of passage and spoken word. He said the lounge is open to those with ideas they want to express. He has been at the location three years.

The purchaser of the building housing his businesses is the West 43rd Place LLC. The public record shows that the property was purchased by Robert J. Oshodin. The purchaser of another building in the block is MBA Mascot LLC. Several business owners believe both properties are owned by the same entity.

Obinne Emmanuel Onyeador, owner of African Heritage & Antique Collection at 4340 Degnan Blvd., doesn’t know when he will have to move because he hasn’t been contacted by the new owner. “We don’t know yet,” said Onyeador, who has been at the location seven years. “They haven’t told us anything.”

He said the previous owner had called to let him know the building had been sold. “It’s the same people that bought on 43rd place,” he said. “Everybody who owns businesses there they have to move,” he said, including all the nine business in his building.

Onyeador said six businesses adjoined to the Vision Theater will also have to move. “They cleared out the property on this side. The whole Leimert Park is threatened by this. Property owners are buying it all up. We won’t see any benefit from the rail project, because we’re being forced to move.”

Owners of Zambezi Bazaar at 4334 Degnan Blvd. are unsure of their status. All they know is that their building has been sold, but they don’t know to whom.

“The building sold in the past week,” said Jackie Ryan, co-owner with her sister and brother. “We were told it was in foreclosure, and the next thing we know it was sold. Nobody’s said anything.”

“We don’t know our new landlord,” said Ryan who has been at the location 20 years. “We want to know him and want him to tell us what his intentions are.”

Sika, who owns a store by the same name at 4330 Degnan Blvd., has been at the location 22 years. He said the selling price of the building he’s in was $1.04 million.

“If we had had the money we would have bought it,” he said. “We haven’t met our landlord yet. We don’t know anything. They just took over last month.”

Across the street, the building where Gallery Plus and several other businesses are located, is also reportedly up for sale—but reportedly at a cost of $2.5 million.

Hendrix noted that the area is a destination for tourists. “We have the highest concentration of Black businesses [in the city],” she said. “People want to see where African Americans live.”

But Hendrix admitted that she really didn’t know how the station would affect business. “We fought so hard to get the station. Then I wondered if we would still be here to enjoy it.”

James Fugate at EsoWon Books, 4327 Degnan Blvd., knew of the recent sale of one of the buildings in the area, but knew nothing of the other changes. Eso Won is one of the most noted bookstores in the city

Nate-El of Jinga Jinga said he will be arranging a meeting with the various businesses owners, artists, community people to see what could be done.