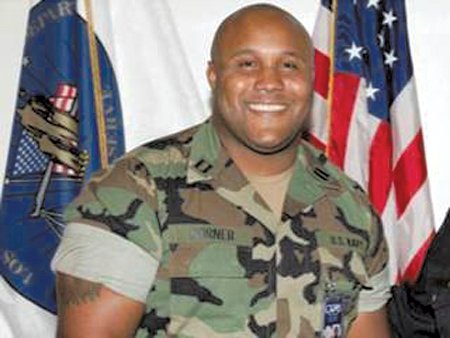 LOS ANGELES, Calif. — A 38-year-old Redondo Beach surfer who was fired on by police during the manhunt for ex-LAPD officer Christopher Dorner is suing the officers who fired at him, according to court papers obtained today.

David Perdue’s excessive force complaint, filed in federal court in Los Angeles, states that a Torrance police cruiser rammed his pickup truck and he was fired upon without warning as he traveled to the beach before work early Feb. 7.

None of the bullets struck Perdue, who had previously been stopped and cleared by other officers, according to the lawsuit he filed on Monday after failing to reach a settlement with the city of Torrance. He is seeking unspecified damages.

Torrance Police Department spokesman Sgt. Robert Watt issued a statement saying that it is the goal of the city of Torrance “that dialogue between city representatives and Mr. Perdue’s attorneys resumes in the near future.”

Watt said the city “understands the public concern and the severity of the unfortunate incident that occurred involving Mr. Perdue and officers with the Torrance Police Department on the morning of Feb. 7, 2013, and we are hopeful that a resolution can be reached soon.”

Perdue says he suffered a concussion when his truck’s airbag opened and has lingering physical and emotional problems as a result of what happened to him that day.

“He now moves slowly and unsteadily,” his lawsuit states. “His speech is altered. He has problems with his memory. He has nightmares.”

In another case of mistaken identity during the Dorner search, two women were injured when Los Angeles police opened fire on their pickup truck in Torrance while they were delivering newspapers. They reached a $4.2 million settlement with the city.

Authorities said Dorner killed four people —  a Riverside police officer, a San Bernardino County sheriff’s deputy and the daughter of a former LAPD captain and her fiance -- during a rampage fueled by his anger over being fired from the Los Angeles force several years ago.

The disgruntled ex-cop’s remains were found inside a burned-out Big Bear cabin after a shootout with law enforcement on Feb. 12, culminating a nearly week-long manhunt for the fugitive.