Minority children with Autism less likely to use specialty services

Compared to White children, Black and Hispanic patients may be missing out on certain types of care 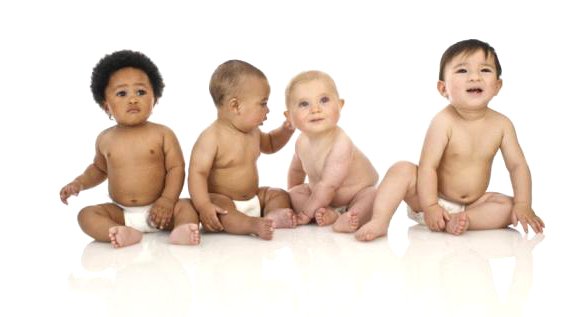 Black and Hispanic children with autism are markedly less likely than children from White families to receive specialty care for complications tied to the disorder, a new study finds.

Researchers from Massachusetts General Hospital for Children in Boston found that the rates at which minority children accessed specialists such as gastroenterologists, neurologists and psychiatrists, as well as the tests these specialists use, ran well below those of White children.

“I was surprised not by the trends, but by how significant they were,” said study author Dr. Sarabeth Broder-Fingert, a fellow in the department of pediatrics at MassGeneral and Harvard Medical School. “Based on my own clinical experience and some of the literature that exists on this, I thought we’d probably see some differences between White and non-White children in getting specialty care … but some of these differences were really large, especially gastrointestinal services.”

The study is published online June 17 in the journal Pediatrics.

According to the U.S. Centers for Disease Control and Prevention, about one in 50 school-age children has been diagnosed with an autism spectrum disorder, a group of neurodevelopmental problems marked by impairments in social interaction, communication and restricted interests and behaviors. Research has indicated that children with an autism spectrum disorder have higher odds of other medical complications such as seizures, sleep disorders, attention-deficit/hyperactivity disorder (ADHD), anxiety and digestive issues.

In the new study, Broder-Fingert and her team examined data from more than 3,600 autism patients aged 2 to 21 over a 10-year span. The vast majority of patients were White, while 5 percent were Black and 7 percent were Hispanic. About 1,500 of the autism patients had received specialty care.

Most notably, almost 14 percent of White children used gastroenterology or nutrition services, compared to only 9 percent of Blacks and 10 percent of Hispanics.

Tests such as colonoscopies and endoscopies were received far more by White children, while psychiatric evaluations were also more sought-after by Whites, and Hispanics used fewer neurologic studies, sleep studies and neuropsychiatric tests.

Broder-Fingert said that many children with autism have gastrointestinal or sleep problems, which can lead to additional behavioral issues if they aren’t properly diagnosed or treated.

“I do worry because autism is such a complicated disorder,” she said. “The children have some sort of communication difficulty, so if they have stomach problems or sleep problems they may have difficulty expressing that. I always worry these kids are not getting all the care they need in general, and minority kids are more at [risk] of not getting the care they need.”

The research offered several possible reasons for the disparity, but Broder-Fingert felt the most likely scenario is that doctors don’t necessarily know when to refer these patients to specialty care, or to whom.

“And if some families are advocating more for services than others, doctors are more likely to be aware of it,” she added. “So I worry that families of White children are more likely to come in and say, ‘my kid needs a colonoscopy because he has a stomach ache.’ I think it’s a combination of parents’ advocacy and physicians’ lack of knowledge.”

The findings offer hard data to back up some assumptions doctors already had about how different populations are served, added Dr. Patricia Manning-Courtney, associate professor of clinical pediatrics and medical director of the Kelly O’Leary Center for Autism Spectrum Disorders at Cincinnati Children’s Hospital Medical Center.

“If non-White children use services less, then we need better outreach to the minority community,” Manning-Courtney said. On the other hand, “if White people are receiving unnecessary referrals and procedures, we need better education about what’s needed,” she added.

“There are no guidelines about how to proceed with evaluating [specialty care needs], which puts a lot back into the hands of parents,” she said. “We allocate care for people who go after it the most, versus those who may need it the most.”