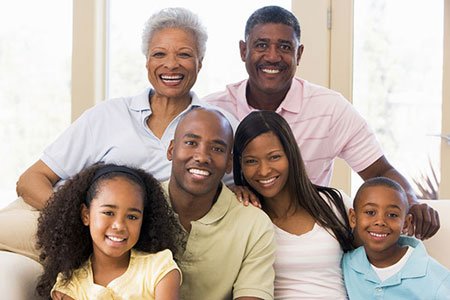 In the past there were so many hangings, beatings, shootings and bombings. They went without justice being applied. During the past few decades we have shown national outrage from Emmett Till, Mississippi civil rights workers shootings, Rodney King, etc. and now we have the heartbreaking death of little Trayvon Martin. Oh, there will be an enormous amount of talking, marching, debating and accusations. But in the end, nothing is going to change. Nothing is going to make a difference. When will the next outrage come? Conversations on the television and press conferences will have little impact.

Voting power does not answer the predicament. We have elected officials like never before. At the city council, mayoral, state legislative and congressional levels there are more of us than ever before. Too bad we weight our political ideology all to one side—the Democratic side. My Lord, we have the president and the attorney general and what could they do—nothing!

The problem is we don’t have “juice” on both sides of the aisle. Our sphere of influence is afflicted. We for the most part take our marching orders from the Democratic National Committee. They have us wrapped around their finger, and there is nothing we can do, even with a Black president and a Black attorney general. So what! They have us where they want us: slaves without chains from a socioeconomic perspective.

The great Frederick Douglass admonished us about this: “Power concedes nothing without a demand.” As Harriet Tubman said at her retirement party, “I guess I have saved over 1,000 slaves in my career. I could have saved a 1,000 more if they had only known they were slaves.” Then Booker T. Washington came along and preached that education is a must. After education comes entrepreneurship and the recycling of our own economy.

He admonished us, “If White slaves from Eastern Europe arrived here without literacy or English and became self-sufficient and independent, surely we can too.” His vehicle was the National Negro Business League, which he founded in 1902 (10 years before the U.S. Chamber of Commerce) and this became the prototype for the National Black Chamber of Commerce. These Republican giants laid the foundation for our empowerment.

But oh, the “wolves are of another mind.” The White liberals in upstate New York had a strategy to counter Washington’s economic empowerment. They formed the NAACP to counter the Business League activities down South. They urged Blacks to look toward good government to provide their needs and wants. Sound familiar? A few years later the National Urban League was founded. Like the NAACP, the principals of this group were White northern liberals. They urged Blacks living in the South to come up North and blend into the cities and find work rather than build their own businesses.

One hundred years later, we, Black Americans, are still beholden and dependent on a one-sided political doctrine that will never empower us. It might as well be the 19th century. We must fully understand that there will be no change in this great capitalistic society until we understand that collective economic power is the Great Equalizer. Justice, respect, alternatives to violence and prosperity can only come from political balance and an understanding of the beauty of the true American system. It is all right to be liberal, and it is certainly all right to be conservative. If our votes are taken for granted, and we can be manipulated by others who choose to use us as pawns, and like the pawns on a chess board we will be the first to fall and have no choice at all in the management of this nation.