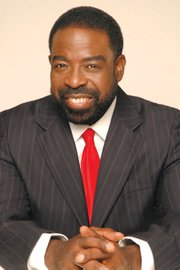 The California Black Chamber of Commerce Foundation has named Les Brown as the keynote speaker for the upcoming 18th annual Ron Brown Business & Economic Summit. The event will be held at the Radisson Hotel in Fresno, on Aug. 16. The summit seeks to reinforce the mutual benefits between state government, Fortune 500 companies, and the small businesses that utilize the foundation’s products and services. 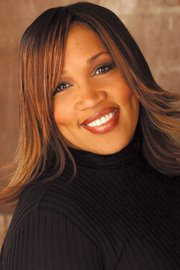 Relevé Entertainment has announced that The Merge Summit 2013 will be held Aug. 22-24 at the Millennium Biltmore Hotel in Los Angeles. The event is presented in association with partners RCA Inspiration, Walgreens, BET Music Matters and Upscale magazine. Integrating faith and entertainment, the Summit provides a platform for men and women of faith to partner with leading executives and talent in the entertainment industry. Nearly 100 of the industry’s top entertainers and executives will lead more than 20 interactive panel discussions, workshops and master class sessions covering music, television, film, creative development, branding, marketing and new media. This summit kicks off its weekend events with Opening Night at The Merge, hosted by actress Kym Whitley of “Raising Whitley,” with a special musical performance by recording artist Michelle Williams.

The NAACP board of directors awarded Opera singer and honorary U.N. Ambassador Jessye Norman the Spingarn Medal, the association’s highest honor. Norman became the 98th recipient of the award, and she was honored during the NAACP National Convention in Orlando. “Jessye Norman is a true inspiration,” said NAACP Chairman Roslyn M. Brock. “Her work embodies the power of music and its ability to serve as the soundtrack to our movement for social justice.” The Spingarn Medal, first instituted in 1914 by then-NAACP Chairman Joel E. Spingarn, is awarded to an American of African descent who has demonstrated outstanding and noble achievement during the preceding years.

PGA National Resort and Spa will host the 20th annual “Black Enterprise/Pepsi Golf & Tennis Challenge,” Aug. 29-Sept. 1. The event is the largest African American sporting event of its kind and brings together some of the nation’s top corporate executives and entrepreneurs for fun, entertainment, and networking opportunities in a relaxing environment. Entertainers slated to appear include R&B artist Charlie Wilson and actor Anthony Anderson, among others. For more details, visit www.blackenterprise.com/GT.

After passing an emergency resolution during the 104th NAACP Annual Convention, President and CEO Benjamin Jealous sent letters to the Georgia State Board of Pardons and Paroles, Georgia Attorney General Sam Olens, and Sumter County District Attorney Plez Hardin asking them to stay the execution of Warren Hill and reconsider clemency. The letters asked that his death sentence be commuted to life without parole. Approximately 2,200 delegates passed the resolution advocating for clemency and state laws that prevent the execution of those who are classified as mentally retarded. In 2002, a Georgia state court found that Hill was mentally retarded based on evidence. That same year, the United States Supreme Court in Atkins v. Virginia banned the execution of mentally retarded defendants because of the “special risk of wrongful execution.” Since Hill’s conviction, several members of the jury have also stated that they would not have given him the death penalty if life without the possibly of parole had been an option.