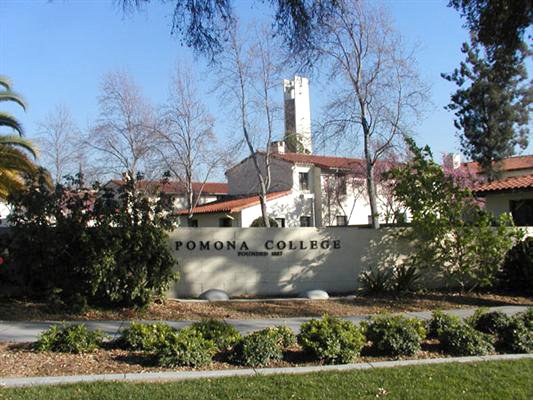 Forget Harvard and Yale — tiny Pomona College was named today the second-best college in the nation by Forbes magazine, behind only Stanford.

Caltech landed 18th on the list, while UCLA was ranked 34th.

According to the magazine, the rankings are based on factors critical to students, such as interesting classes, the likelihood of graduating in four years, post-graduation employment potential and tuition costs.

For the first time in the magazine’s six years of ranking colleges, the top two schools are both non-Ivy League campuses, and both are on the Pacific Coast. UC Berkeley was ranked as the nation’s top state school, ranking 22nd overall.

Forbes noted that Pomona College has a 99 percent student retention rate, while graduates earn an average starting salary of $49,200.

“We are not as well-known as we should be in my opinion,” he said.

“There’s a certain East Coast bias in lots of rankings, because rankings typically involve other people who are highly ranked ranking each other, and so forth. ... I think there’s some surprise the rest of the country is being discovered and I think that’s great.

“To me if you’re really focusing on the undergraduate experience, the four years of college, the type of education you can get at Pomona with those small classes and close work with faculty, that’s something that a big place — even if it has many resources — is not able to provide to the same level that we are able to. I tell students, come to Pomona for their undergraduate work, go on to one of those great Ivy League schools or Stanford or whatever for your graduate or professional school. But this is the place to start.”