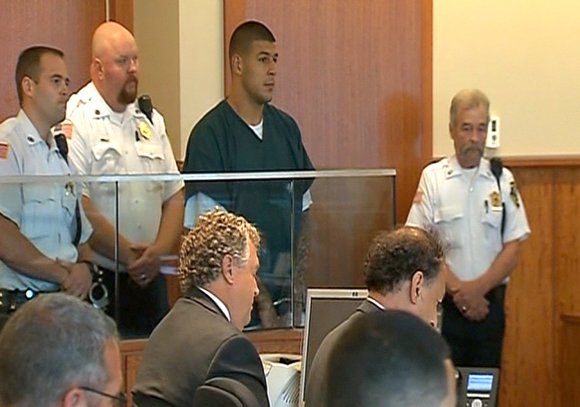 BOSTON, Mass. — A Massachusetts judge on Wednesday granted prosecutors’ request to delay a probable cause hearing in the case of Aaron Hernandez, a former New England Patriots player charged with murder.

Hernandez, who attended Wednesday’s brief hearing in Attleboro District Court, will remain held without bail until at least the new hearing date, August 22, the judge ruled.

Prosecutors accuse Hernandez, a standout tight end whom the Patriots cut soon after his June 26 arrest, of orchestrating the shooting death of Odin Lloyd, the 27-year-old boyfriend of Hernandez’s fiancee’s sister. He has pleaded not guilty to murder.

Wednesday’s hearing was to determine whether the prosecution had enough evidence to take the case to trial. But the prosecution asked for a delay, saying it still is presenting evidence to a grand jury, which it argued wasn’t active for a large portion of the time since Hernandez’s arrest.

The judge granted the delay over the objection of Hernandez’s defense team, which argued that Hernandez should be released if the prosecution wasn’t prepared to make its probable cause case nearly a month after his arrest. 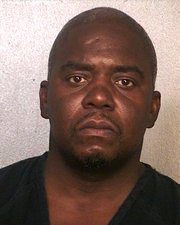 Ernest Wallace turned himself in Friday in Miramar, Florida, nearly 1,500 miles south of where Odin Lloyd was found dead, and one day after North Attleborough Police issued a 'wanted' poster in connection with Aaron Hernandez investigation.

Authorities have said Hernandez, 23, and two other men picked Lloyd up from his Boston apartment early on June 17. Surveillance cameras captured the car at an industrial park near Hernandez’s North Attleborough home.

Lloyd’s body was found in the North Attleborough industrial park later that day, authorities have said.

The prosecution told the judge it has obtained new evidence since Hernandez’s last court hearing, including investigators’ discovery of an ammunition box at an apartment that Hernandez had leased. The caliber of that ammunition was the same as that of the ammunition found at the homicide scene, the prosecution said.

A man arrested in Connecticut in connection with the murder case against former New England Patriots tight end Aaron Hernandez is on his way to Massachusetts. A judge in Bristol, Conn., ordered Carlos Ortiz turned over to Massachusetts authorities during a hearing Friday morning. Ortiz has been charged in Connecticut as a fugitive from justice. He had waived extradition to Massachusetts and was being held on $1.5 million bail in Hartford. New Britain State's attorney says investigators arrested the 27-year-old Ortiz in Bristol on Wednesday as part of the probe into the slaying of Odin Lloyd. Hernandez is charged with murder in the slaying of Lloyd near Hernandez's North Attleborough home. Hernandez has pleaded not guilty and is being held without bail.

Meanwhile, prosecutors also are trying to persuade a grand jury that Hernandez is connected to the July 2012 slayings of two men in Boston’s South End, a law enforcement source close to the investigation told CNN on Wednesday.

The grand jury looking into the slayings has been meeting for at least two weeks, according to the source.