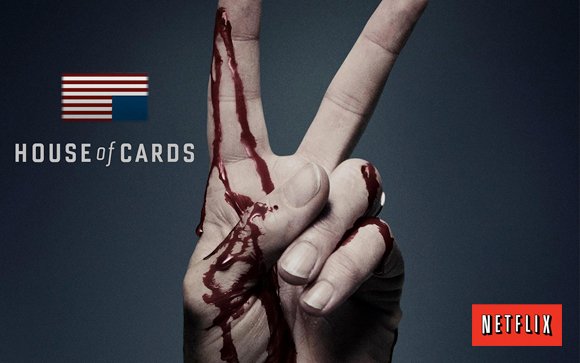 “House of Cards” was nominated for best drama for the 65th Primetime Emmy Awards.

Remember Netflix, that little video rental outfit that sent you DVDs via the U.S. mail? The one whose red envelopes would arrive with dulling regularity and sit near your television for months on end as you attempted to catch up on your DVR recordings?

Netflix is, of course, no longer just a DVD rental service. It also streams movies and TV series — including its own.

On Thursday morning, Netflix received the ultimate recognition. One of the company’s original series, “House of Cards,” was nominated for best drama for the 65th Primetime Emmy Awards. Another, “Arrested Development,” received a nod for actor Jason Bateman. A third, “Hemlock Grove,” got two nominations.

“House of Cards” is going up against veterans such as “Breaking Bad,” “Mad Men,” “Downton Abbey,” “Game of Thrones” and “Homeland” for Emmy’s most prestigious award. The series earned nine nominations overall, including lead acting nods for Kevin Spacey and Robin Wright.

The broadcast networks may want to take notes. Not a single show on ABC, CBS, NBC, Fox or the CW was nominated for best drama, though network sitcoms such as “The Big Bang Theory,” “Modern Family” and the now-defunct “30 Rock” were nominated for best comedy along with HBO’s “Girls” and “Veep” and FX’s “Louie.”

It’s a trend that’s been developing for years, as the broadcast networks have opted for franchising (“NCIS,” “CSI,” “Law & Order”) and reboots (“Hawaii Five-O”) over the complex, often serialized dramas that the cable networks have used to get publicity and establish a foothold in the medium. Nevertheless, it’s surprising that such hits as “Scandal,” “The Good Wife,” “Once Upon a Time” and “Person of Interest” failed to earn enough support to nudge their way into the category.

Original programming was a major gamble for Netflix, which had noticed how people had started “binge-watching” shows such as “Breaking Bad” — watching entire seasons of popular series in one or two gulps. The service invested $100 million in “House of Cards,” based on a British series from the 1990s.

The bet paid off with increased subscriptions and a huge amount of media coverage — coverage that was multiplied when Netflix decided to put “Arrested Development” back into production. Despite its cult following and major critical success, “Development” had been canceled after just three seasons on Fox in the early 2000s. (Creator Mitch Hurwitz had famously begged TV audiences to watch his low-rated show after it won a best comedy Emmy in 2004.)

Ted Sarandos, Netflix’s chief content officer said, “We are overwhelmed with 14 nominations and honored by a warm welcome which corroborates what we have always believed, that great television is great television regardless of where, when and how it is enjoyed.”

Of course, “Arrested Development” supporters can argue the show still gets no respect. The show didn’t get a nomination for best comedy, though star Bateman did get a nod for best actor in a comedy. The show got three nominations overall.