On the jury and in life, a history of exclusion 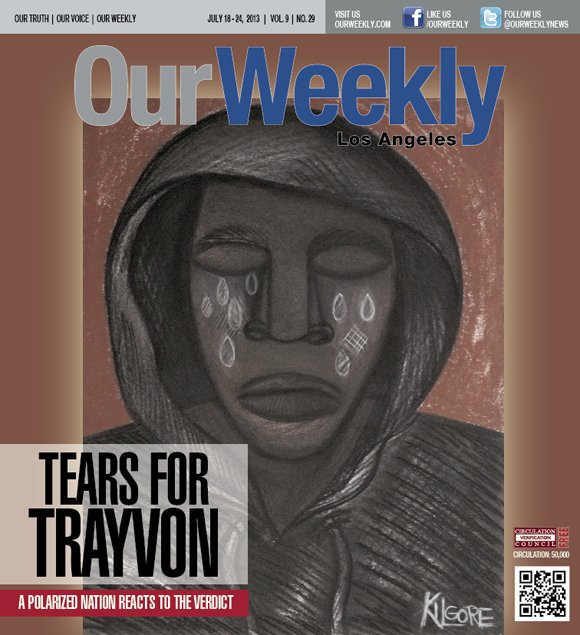 “The justice system is essentially saying that context doesn’t matter,” said George Ciccariello-Maher, a professor at Drexel University, in an AP interview this week.

“It’s not illegal to be a racist stalker—that’s extraneous to the legal question of self-defense.”

Because Black teenagers have traditionally been viewed by White society as pepetrators of a so-called “ghetto pathology” or “thug mentality,” both Jeantel’s performance and the defense team’s depiction of the late teenager (i.e. past marijuana use, attempted burglary, his use of the pejorative “cracker”) may have swayed individual jurists to side with the defense because of a limited interpersonal relationship with Black youth.

With Zimmerman’s injuries and the testimony of certain key eyewitnesses being more than sufficient for his defense, this circumstance placed the prosecution in the near-impossible position of having to disprove self-defense beyond a reasonable doubt. There are 29 states that have adopted a form of “Stand Your Ground” law. In Ohio, rather than forcing the prosecution to prove beyond a reasonable doubt that it was not self-defense, the defendant must hold the legal burden. In this case, the defense must prove it more likely than not that self-defense was justified. This legal distinction probably would not have swayed the Florida jury, but it would have made it much tougher for Zimmerman to walk free.

Alan Jenkins, executive director of the Opportunity Agenda, said Zimmerman likely acted on “pernicious, racial stereotypes” when he suspected, followed and killed the unarmed boy. “The same stereotypes underlie too many decisions by police, employers and others in our society, denying African American young people and others the promise of equal opportunity for all,” Jenkins explained.

“We all carry around stereotypes and we have a shared responsibility to overcome them, by committing to equal opportunity, by acting on evidence instead of bias, and by requiring training, guidelines and accountability for people in power. If George Zimmerman, as a Neighborhood Watch member, had had that commitment, training and guidance, this tragedy might never have happened.”

If the jurors knew the sociological, cultural, and historical precedents for the specter of so-called Black male criminality—and how these tropes are propagated in mass media—then, perhaps, it would have viewed Trayvon Martin as the kid he was, instead of the life-endangering Black menace that, supposedly, justified Zimmerman’s deadly decision.

In California as well as nationally, the negative perception of some Whites about African American youth has sparked one of the largest debates regarding race relations up to an including the Leonard Deadwyler case in Los Angeles, the Ron Settles case in Signal Hill, the Rodney King verdict, the O.J. Simpson trial, the Tyisha Miller tragedy (killed in 1999 in Riverside by four White police officers while she slept in her car with a pistol on the front seat), the Johannes Mehserle verdict (the BART police officer who mistook his service revolver for a taser in the shooting death of unarmed Oakland resident Oscar Grant), the not-guilty verdict of four New York City police officers who killed unarmed Bronx resident Amadou Diallo, and a litany of such instances of the killing of young Black persons who were mistaken for criminals or simply seen as threatening.