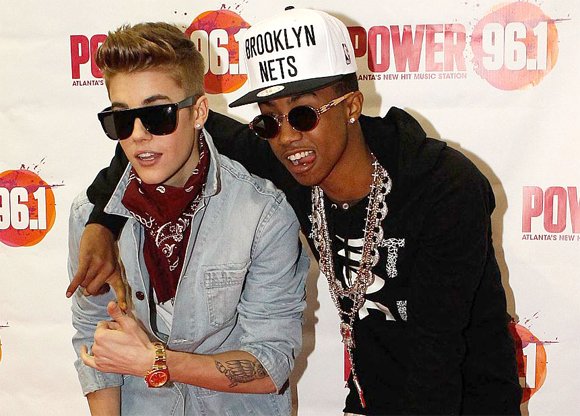 A rapper known as Lil Twist was arrested today on suspicion of driving under the influence while at the wheel of Justin Bieber’s car in Calabasas, authorities said.

Christopher Moore, 20, was taken into custody about 3:35 a.m. near Parkway Calabasas and Camino Portal, which is outside the gated community where Bieber lives, Steve Whitmore of the sheriff’s department said.

Moore was booked on suspicion of driving under the influence of alcohol or drugs, Whitmore said. Moore allegedly was driving between 60 and 70 mph in an area that is restricted because of construction to a 30-mph speed limit, Whitmore said.