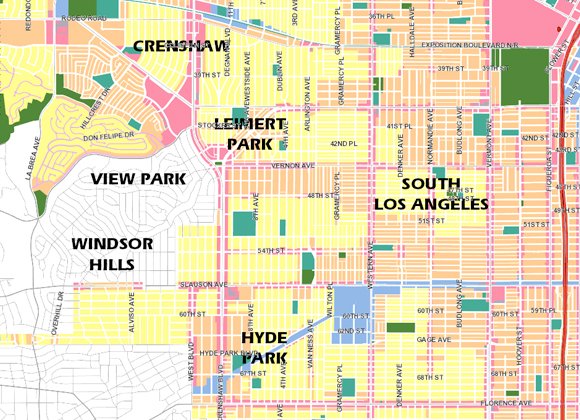 In a letter to Holder, Terrell pointed to a “preponderance of evidence” in a lawsuit he filed on behalf of a group of residents in the Eighth, Ninth and 10th City Council Districts that he contends shows city officials illegally used race in 2012 to set district boundaries.

“I am respectfully requesting that you become an intervening party to our lawsuit and that your staff assigned to violations relating to Voting Rights thoroughly investigate the sequence of events that led to the filing of (the lawsuit),” he wrote in the letter.

“This case needs urgent consideration to bring those to justice who blatantly disregarded the law for their own benefit under the color of authority,” he added.

Yusef Robb, spokesman for Mayor Eric Garcetti, and a spokesman for Wesson declined to comment on Terrell’s accusations, citing the ongoing litigation. A spokesman for the City Attorney’s Office, meanwhile, said Terrell was misinterpreting the law governing the redistricting process.

Terrell accused Wesson of trying to maintain a Black voting bloc in his district in order to keep Black politicians in power, saying the councilman was caught on video saying as much to a gathering of ministers at a Baptist church in July 2012.

Terrell contended Black residents “were disenfranchised from the Eighth and Ninth Districts and put into the 10th District to serve Herb Wesson’s ultimate dream of making a Black seat permanent.”

Parks Jr. claims in his written account that Wesson’s 10th District was never a majority Black district. The document is posted on Parks’ council website, along with other memos that were released in response to public document requests.

The area that prompted the “too many Mexicans” remark referred to an area in the Eighth District between Jefferson Boulevard and Vernon Avenue, from Western Avenue to Arlington Avenue. That area consisted of 4,501 Black residents and 8,304 Latino residents, according to an emailed analysis that was included with with Parks Jr.’s memo.

“Apparently Mr. Wesson has an insecurity problem” about whether his district would have enough Black residents,” Terrell said.

The attorney repeatedly emphasized that race is prohibited by law from being used as a reason for drawing district lines.

“And to me, it’s embarrassing for an African American council president to use race as a basis,” he said.

A district can be drawn to retain a naturally occurring ethnic or racial population, Terrell said, adding that “the government should never be involved in making decisions based on race.”

Frank Mateljan, a spokesman for the City Attorney’s Office, wrote in an email today that Terrell’s “characterization of the law is incorrect.”

“Race can be a factor in setting up district boundaries,” he said.

“It just cannot be the predominant reason.”

A separate lawsuit was filed in August on behalf of five Koreatown residents who accused city officials of using race as the basis for council district lines that split Koreatown between Wesson’s district and then-Councilman Garcetti’s 13th District.