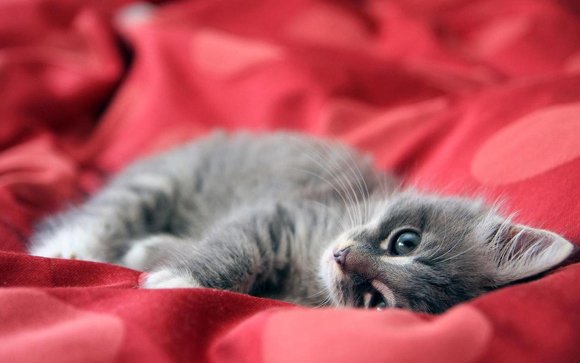 Cat poop could be a “vast and underappreciated" public health problem, according to Drs. E. Fuller Torrey and Robert H. Yolken.

The pair on Tuesday published a paper on the dangers of Toxoplasma oocysts, which are found in cat poop, in the journal Trends in Parasitology.

In the journal article, Torrey and Yolken call for better control of the feral cat population and more research on the parasites. In the meantime, CNN asked the doctors how we can keep our families safe. Torrey and Yolken responded to the questions via e-mail.

CNN: We’ve heard that cat poop can be dangerous for pregnant women. Should other people be wary, too?

Drs. E. Fuller Torrey and Robert H. Yolken: It is true that some cat poop contains Toxoplasma gondii, a parasite for which cats and other felines are the definitive host. This parasite can affect the fetus if a woman becomes infected while pregnant. That is why pregnant women are warned against changing cat litter. It’s also well-known that Toxoplasma gondii can cause major brain infections in individuals with AIDS and other conditions associated with immune deficiency.

So what’s new? Recent studies suggest that individuals with disorders such as schizophrenia, obsessive-compulsive disorder, rheumatoid arthritis or brain tumors are more likely to have Toxoplasma gondii antibodies than other people. There are also suggestions that Toxoplasma gondii can affect memory and other cognitive function in people who are not otherwise ill. In no way have we established Toxoplasma gondii as a cause of these disorders, but it has led us to rethink the possible risks of cat poop.

CNN: How big of a risk are we talking about?

Torrey and Yolken: There are an estimated 82 million owned cats and another 25 million to 60 million feral cats in the United States, and their numbers have increased markedly in recent years. Based on studies done in California, it is estimated that these cats deposit 1.2 million tons of cat poop into the environment each year. At any given time, approximately 1% of cats are infected with Toxoplasma gondii.

The infective form of Toxoplasma gondii deposited in cat poop are called oocysts; a single infected cat can deposit millions of oocysts, each of which may survive in moist soil for 18 months or longer. It’s thought that it only takes one oocyst to infect a human, which is concerning.

CNN: So what can people do to protect themselves?

Torrey and Yolken: It is important to note that cats that are always kept indoors are usually not a problem. Almost all cats that become infected, and thus deposit infective oocysts, are outdoor cats. Keep in mind cats are no respecters of property lines so a neighbor’s cat could deposit Toxoplasma gondii oocysts in your garden or children’s play areas.