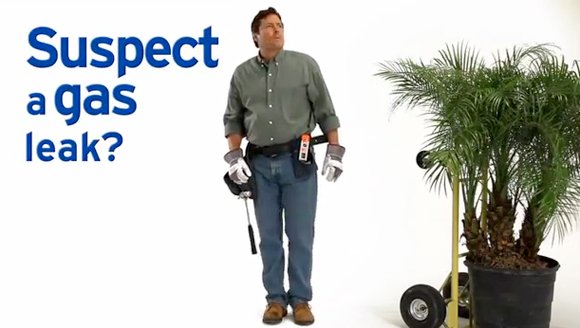 LEIMERT PARK, Calif. — An apparent gas explosion in a laundry room inside a two-story house in Leimert Park sent a 79-year-old woman to the hospital with critical injuries today, a Los Angeles Fire Department spokesman said.

The explosion inside the laundry room was so powerful that it blew out windows on both the first and second floors of the house, Ortiz said.

A 79-year-old woman, the homeowner, suffered burns to about 40 percent of her body, including her face, arms and hands, Ortiz said.

“She was treated at the scene and then transported to a hospital in critical condition,” Ortiz said. “The victim was also conscious and breathing when she was transported.”

Ortiz said it appears that it was an accidental explosion involving malfunctioning equipment or a gas leak, but the fire department’s arson unit was called to the scene to verify the cause.

“The arson unit is always called to the scene anytime there are major burn injuries,” Ortiz said. “That is standard procedure.”

Ortiz said that neighbors told firefighters they had been smelling gas coming from that house for the last two days.

Use Your Senses to Alert You to a Gas Leak

Natural gas is flammable and a simple spark can serve as an ignition source. Use your senses of sight, hearing or smell to be alerted to the presence of a gas leak. If you smell a natural gas odor, hear the hissing sound of gas escaping or see other signs of a leak, remain calm. Don't light a match, candle or cigarette. Don't turn electrical appliances or lights on or off or use any device that could cause a spark. Immediately evacuate the area, and from a safe location, call SoCalGas at 1-800-427-2200 or call 911.