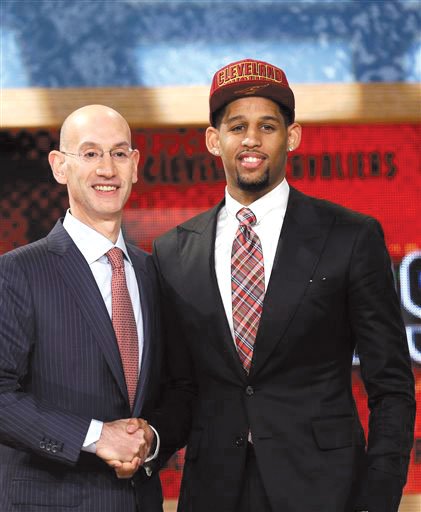 Allen Crabbe, the grandson of Apostle Frederick K.C. Price, founder of Crenshaw Christian Center and the church’s 10,000-seat Faithdome, has been acquired by the Portland Trail Blazers basketball team.

Crabbe, an All American and graduate of the Price Schools on the church’s campus, was selected as the 31st pick of the 2013 NBA draft by the Cleveland Cavaliers on Thursday but was quickly traded to the Trail Blazers. He was the first pick under the regime of new NBA Commissioner Adam Silver.

Crabbe is also the first graduate to come out of Price’s famed high school basketball program to sign with the NBA, a major feat for a small private school in South Los Angeles.

“I feel blessed to be in this situation,” said Crabbe. “I can finally say that I’m in the NBA now … hopefully I can go to Portland and make the most of this opportunity, develop my game and see if I can go in and contribute right away.”

After graduating from Price, Crabbe went on to play for the UC Berkeley’s Cal Bears in 2010, where he was named the 2013 Pac-12 Player of the Year by the league’s coaches, and became the 10th player in the school’s history in scoring with 1,537 points in 98 career games.

Also, school’s athletic director, Lynch said he has dreamed of seeing one of his players make it to the NBA. He got to see it firsthand while sitting in the Barclays Center in Brooklyn, N.Y., on Thursday, while supporting Crabbe, who is also his godson. Since starting at Price in 1996 as the head varsity basketball coach, Lynch transformed the boy’s basketball team into an award-winning powerhouse, with all of the school’s major basketball accomplishments occurring during his career. 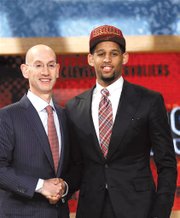 Former California men's basketball All-American Allen Crabbe was selected with the 31st overall pick of the 2013 NBA Draft on Thursday, June 27. We followed him throughout the night as he realized his dream.