Toys of the Diaspora 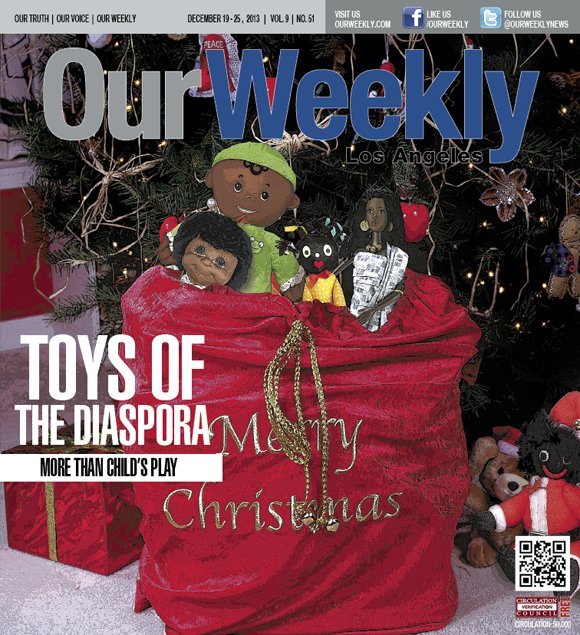 The Christmas holiday stands as a prime example of an event that has strayed drastically from its original intent. The celebration of the birth of a spiritual figure that came forth to atone for the folly of mankind has devolved into an organ for blanket consumerism, especially here in the United States.

The African slaves who came to the Americas were not brought in to partake of the holiday revelry. Their presence was, right from the start, tied into the commercial benefit of the New World. The adoption of the religious customs of their new masters was, at least partially, introduced as a method of social control. As such, they were not equal participants in the yuletide celebration.

None-the-less, it is part and parcel of human nature to find amusements from even the most arduous drudgery. For these indentured transplants, part of the leisure-time activities the slaves developed came from traditions held over from the Motherland.

And these amusements sometimes morphed into toys.

One of these was the mathematical and strategic game of “mancala.” Conceived to be played as a board game, or simply on the ground, it involves a series of depressions or pits, in which stones or other objects are placed or transferred during the course of the contest. Mancala is a generic term for hundreds of variants which have developed over the centuries.

But some toys were not simply to keep people entertained. Slave owners actually encouraged doll play among female slaves, because that activity benefited the plantation economy by nurturing marketable skills such as sewing. Towards that end, materials such as discarded cloth were utilized to create the dolls. Other miniature representations of human images, were made of corn husks and refuse from our then-agrarian society.

The introduction of Harriett Beecher Stowe’s “Uncle Tom’s Cabin” set the stage for a radical shift in opinions about slavery and the question of race. As a byproduct, one of the novel’s characters, a disheveled slave named Topsy, possibly inspired the “Topsy-Turvy” doll, in which both a White and Black doll were fused at the hip. According to the book “Mammy: A Century of Race, Gender, and Southern Memory,” by Kimberly Wallace-Sanders, one possible motive for the distribution of this toy, and a benefit for the slave owner, was to indoctrinate female slaves into their later responsibilities of childcare as the “Mammies” of the plantation.

This curious representation was mass-produced by Montgomery Ward, Sears, and other companies between 1800 and 1850. Some might say this is a tangible manifestation of the later popular presence of covert and overt racism at the root of American culture.

Even before the advent of the formal study of behavior and personality, clergymen and others in positions of leadership had an inkling of the influence self esteem. Prominent minister and ex-slave R.H. Boyd began importing dark-hued dolls from Europe at the dawn of the 20th century, then he started the design and manufacture of his own dolls in 1911, but the company folded a few years later.