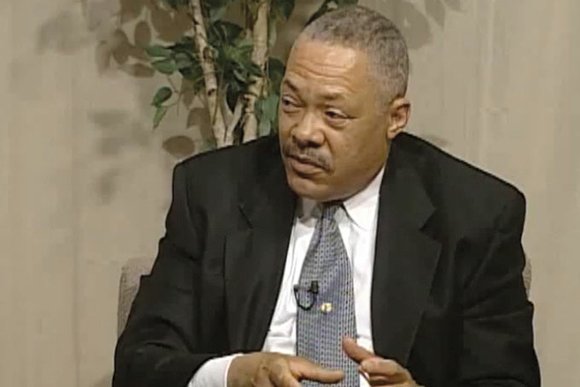 Judge David S. Cunningham III, a former president of the Los Angeles Police Commission, filed a written complaint against the department alleging he was shoved against a patrol car and handcuffed for what eventually turned out to be a citation for a seat belt violation.

His attorney, Carl Douglas, told NBC News the judge was reaching for documents in his glove compartment when an officer yelled at him, telling him “not to move.” The attorney said that when a bottle of blood-pressure pills rolled out of the compartment, an officer asked Cunningham if he was running drugs.

Douglas contended that the judge got out of his car, and he was thrown against the vehicle and handcuffed.

University officials issued a statement saying Cunningham was stopped at 10:05 a.m. Nov. 16 at 1050 Gayley Ave. because officers noticed he was not wearing a seat belt.

“During the course of the traffic stop, police officers instructed the driver to stay inside the vehicle and returned to their patrol car to run a routine license and registration check,” according to UCLA. “Despite these instructions, the driver left the vehicle—an escalating behavior that can place officers at risk.

“The driver stood in the roadway and refused instructions to get back in his car. As a result, the driver was temporarily handcuffed. He was released at the scene shortly thereafter with a citation for failing to wear a seatbelt.”

University officials confirmed that Cunningham filed a complaint, and an internal investigation was being conducted, including a review of video taken by police cruiser.

Douglas told NBC his client concedes being told to stay in his vehicle, but said the use of force by officers was not needed.

UCLA students, staff or faculty members can call about incidents that occur in the vicinity of the campus or on UCLA properties.

The department employs about 62 sworn officers, 46 civilians and 130 students.