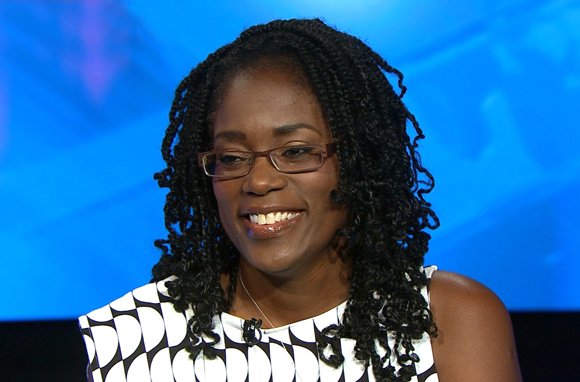 Three days ago, on Tuesday, August 20, their paths crossed in the worst possible circumstances — a man armed with an assault rifle was in Antoinette Tuff's school, and she called police. Antoinette Tuff sat down with CNN's Anderson Cooper Thursday, August 22, to recount that day's events.

An Atlanta-area elementary school bookkeeper is being praised for a heroic 911 call she made Tuesday after coming face-to-face with a gunman at her school. Antoinette Tuff sounded calm, confident and in control in what she describes as “one of the scariest times” of her life.

As a result of her actions, no one was hurt and the gunman, Michael Hill, turned himself in to police.

HLN law enforcement analyst Mike Brooks says Tuff “did an unbelievable job.” He says he was most impressed with how she kept the situation under control from the very beginning and how well she listened to Hill, especially considering that she doesn’t have any formal training in hostage negotiations.

Having been a crisis negotiator for more than 20 years, Brooks offers his thoughts on how others can learn from Tuff’s experience. He says the following are some of the top takeaways from Tuesday’s 911 call.

Take control of the situation

The most crucial thing during an incident involving a hostage or barricaded subject, Brooks said, is to stabilize the situation. He says that at the beginning, Hill’s “anxiety was way high, and Tuff brought him down and kept his anxiety level fairly stable.” Even though she was scared, Brooks says, Tuff was able to take control of the situation “by listening to him and letting him vent.”

Be a good listener

Brooks says Tuff was “an active listener, passing along crucial bits of information to the operator.” When she first asked the suspect for his name, he didn’t want to reveal it. But as she listened to more of his story and learned his name, she said on the phone, “Oh, OK Michael — it’s Michael Hill, right?” and that allowed authorities to hear it also.

Brooks adds that she didn’t interrupt Hill or rush him; instead, she was relatable, empathetic and caring. She shared her own story with Hill and reassured him with statements like, “I can let them know that you have not tried to harm me.”

Tap into your people skills

Tuff was so successful because “she’s a good communicator and a caring people person,” says Brooks. He says that’s what makes a good negotiator: knowing how to talk to people and using common sense. Brooks says he was impressed with how well Tuff “kept her cool and really empathized with the guy and just let him talk.” He adds, “She’s an example to us all about how to treat fellow human beings.”

When she called 911, the operator told Tuff, “Stay on the line with me. Put the phone down if you have to, but don’t put it on hold so I can’t hear.” Brooks says that Tuff followed the instructions, which “allowed the operator to keep up with the flow of information and relay it to the deputies and officers on the scene, letting them know what was going on inside the building. She was acting as their ears and eyes.”

Know where you are

When you call 911, Brooks says, you should try to remain as calm as you can, give your address and describe the overall situation. By doing this, Tuff “was such an integral and crucial part of that negotiated surrender,” making sure that when the officers came in, nothing would go wrong.

“This woman is to be commended,” he adds. “She saved the lives of many children, staff and first responders.” Brooks also believes that Tuff’s 911 call will be played “again and again and again” to people who are learning how to be hostage negotiators across the country.