W.E.B. Du Bois’ death is forever tied to the march

He died the night before in Ghana 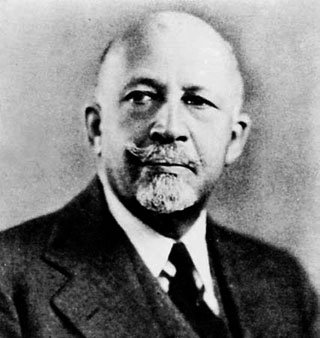 William Edward Burghardt “W. E. B.” Du Bois, a sociologist, historian, civil rights activist, Pan-Africanist, author and editor died the night before the historic march on Washington, and this year marks also the 50th anniversary of his death.

Du Bois helped a co-found the NAACP in 1909, and that organization was one of the so-called “big six” civil rights groups that planned the march. Prior to his involvement with the NAACP, the scholar was, in 1905, a founder and general secretary of the Niagara movement, an African American protest group of scholars and professionals that was opposed to policies of accommodation and conciliation espoused by some Black leaders of the time.

Born on Feb. 23, 1868, in Great Barrington, Mass., Du Bois went to integrated schools but did experience the racism of the time. An excellent student, he was encouraged by teachers to pursue postsecondary education and utilizing donations from neighbors, attended Fisk University.

It was there that he first experienced Southern racism such as lynching, Jim Crow laws and bigotry. After graduation, he went on to Harvard College where he would become the first African American to earn a doctorate.

Du Bois then became a professor of history, sociology and economics at Atlanta University.

Du Bois is famous for his public debates with Black leader Booker T. Washington, the architect of the Atlanta Compromise—an unwritten deal struck in 1895 with Southern White leaders who had taken over government after the failure of Reconstruction. The agreement provided that Southern Blacks would submit to discrimination, segregation, lack of voting rights, and non-unionized employment; that Southern Whites would permit Blacks to receive a basic education, some economic opportunities, and justice within the legal system; and that Northern Whites would invest in Southern enterprises and fund Black educational charities.

In contrast to Washington’s view point, DuBois felt Blacks should demand their rights, and advocated that a “talented tenth” be trained and pushed into leadership roles within the African American community.

During a more than 70-year career, one author described as Du Bois as having taken “every conceivable approach to the race problem. He was a provocative propagandist and measured scholar. He was for integration and then for separation. He believed in the American dream and disdained it. He believed in the power of politics and the ambiguity of culture. He brawled and he stood aloof. He embraced indigenous liberation and global communism.”

Consequently, when he died the night before the march on Washington at age 95, there was some reluctance by the NAACP’s Roy Wilkins to announce his death in Accra, Ghana, at the event. He did so nonetheless.

Du Bois was described as one of the most influential men in the country on race relations and in fact, the Civil Rights Act of 1964 embodied many of the reforms he had campaigned for his entire life.