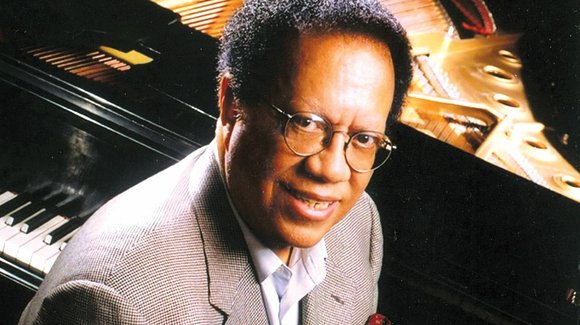 Cedar Anthony Walton Jr., a Jazz pianist and leading exponent of the style known as “hard bop"—who came to prominence as a member of drummer Art Blakey’s band before establishing a long career as a bandleader and composer—has died. He was 79.

Walton grew up in Dallas, Texas, with his mother who was an aspiring concert pianist and Walton’s initial teacher. Aside from his mother, Walton cited Nat King Cole, Bud Powell, Thelonious Monk and Art Tatum as his major influences on piano.

Walton attended the University of Denver as a composition major originally, but was encouraged to switch to a music education program targeted to set up a career in the local public school system. This switch later proved extremely useful since Walton learned to play and arrange for various instruments, a talent he would hone with Blakey’s Jazz Messengers.

Tempted by the promise of New York City through his associations with John Coltrane, Charlie Parker, and Richie Powell, in 1955 Walton decided to leave school and drove with a friend to New York City, where he began to gain recognition in the after-hours scene. This was until he was drafted into the U.S. Army and stationed in Germany.

While in the Army, he played with musicians Leo Wright, Don Ellis, and Eddie Harris. Walton was discharged two years later and picked up where he left off, playing as a sideman with Kenny Dorham and J. J. Johnson, and joined Jazztet, a group led by Benny Golson and Art Farmer, from 1958-1961.

Walton played with the Jazz Messengers as a pianist-arranger for three years, after which time he began to release his own records, and by the mid-1970s, he led the Funk group Mobius.

Many of his compositions have been adopted as Jazz standards, including “Firm Roots”, “Bolivia” and “Cedar’s Blues.” “Bolivia” is perhaps Walton’s best known composition, while one of his oldest is “Fantasy in D,” recorded under the title “Ugetsu” by Art Blakey in 1963.

In January 2010, Walton was inducted as a member of the National Endowment for the Arts Jazz Masters.

He is survived by his wife, Martha; four children, sons Carl and Rodney, and daughters Cedra and Naisha.