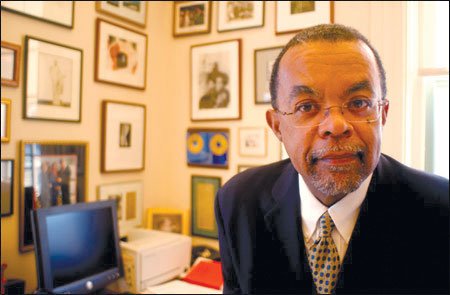 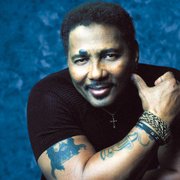 As part of its mission to help sustainability student leaders at Historically Black Colleges and Universities (HBCUs) develop creative, enterprise-based solutions to pressing social economic and environmental issues facing communities of color, Fight for Light launched its fall programming with a celebration of innovative leadership and youth activism. Van Jones, co-founder of Rebuild the Dream and a former Obama adviser, gave the keynote at event, held at HUB Oakland. Speaking to an intimate, standing room-only crowd of 130, Jones lauded Fight for Light’s model, which uses design thinking to engage HBCU students—while simultaneously fast-tracking them toward social impact careers. Fight for Light works with students to teach the interrelatedness of social, economic and environmental issues affecting communities of color. The nonprofit, based out of Oakland and Atlanta, equips them with human-centered design thinking methodologies they can use to develop locally relevant solutions.

Conrad Murray, M.D., Michael Jackson’s former physician, will be released from a Los Angeles County Jail on Oct. 28, three years ahead of schedule. A source close to the Jackson family says they are “devastated” that he is getting an early release. In November 2011, Murray was sentence to four years in prison on involuntary manslaughter charges. In 2009, he allegedly gave Jackson a fatal overdose of Propofol, a sleeping anesthetic, to help him prepare for his “This is It” comeback tour. According to legal analysts, Murray is receiving an early release because of good behavior and an overcrowded jail system. 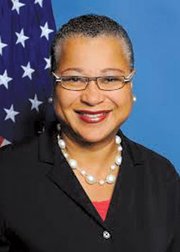 Marie Johns, the former deputy administrator of the U.S. Small Business Administration (SBA) with a reputation for small business growth and development, will serve as a strategist for the Washington-D.C.-based U.S. Black Chambers Inc. (USBC). Nominated by President Barack Obama in December 2009 and confirmed by unanimous consent of the U.S. Senate on June 22, 2010, Johns has served at the SBA for the past three years. During her tenure, she earned a reputation for her expertise in management and policy development. Johns was particularly instrumental in strengthening America’s entrepreneurial ecosystem by increasing global competitiveness and strategic alliances among small businesses, specifically within communities of color. The U.S. Black Chambers Inc. strives to provide committed and visionary leadership and advocacy in the realization of Black economic empowerment.

The Prostate Health Education Network (PHEN) will host its “Ninth Annual African American Prostate Cancer Disparity Summit” on Sept. 19-20. The summit assembles leaders within government, medicine and research, along with survivors and advocates to share and collectively address strategies to eliminate the prostate cancer racial disparity. According to PHEN, Black men in the United States have a 60 percent higher prostate cancer incidence rate and suffer a 140 percent higher death rate than men of any other racial or ethnic group. The 2013 summit sessions are: Evaluating Early Detection Screening Guidelines; New Developments and Evolving Trends in Prostate Cancer; PHEN Community Education and Awareness Outreach Initiatives; Active Surveillance—to Treat or Not to Treat Prostate Cancer; New Diagnostics Tests for Informed Treatment Decisions; Clinical Trials Equity. More information about the summit sessions and the schedule is available at www.prostatehealthed.org/register2013.php.

This fall, noted Harvard scholar Henry Louis Gates Jr. recounts the full trajectory of African American history in his new six-part series “The African Americans: Many Rivers to Cross with Henry Louis Gates Jr.,” which airs Tuesdays, Oct. 22, 29-Nov. 5, 12, 19 and 26, 2013, 8-9 p.m. ET on PBS. Written and presented by Gates, the six-hour series explores the evolution of the African American people, as well as the multiplicity of cultural institutions, political strategies, and religious and social perspectives they developed—forging their own history, culture and society against the odds. Commencing with the origins of slavery in Africa, the series moves through five centuries of historic events right up to the present when America is led by a Black president, yet remains a nation deeply divided by race. Gates travels throughout the United States, taking viewers on an engaging journey through history. He visits key historical sites, partakes in lively debates with some of America’s top historians and interviews living eyewitnesses, including school integration pioneers Ruby Bridges and Charlayne Hunter-Gault, former Black Panther Kathleen Neal Cleaver, former Secretary of State Colin Powell, and more.

MegaFest, the three-day family festival hosted by Bishop T.D. Jakes, has announced star-studded additions to its inspirational entertainment lineup featuring top celebrities from music, film, television, comedy and sports. Jennifer Hudson will perform at MegaFest’s Woman of Purpose Concert, and will also conduct a Q&A session after the screening of her next film, “Winnie Mandela,” slated for release on Sept. 6, during the inaugural International Faith & Family Film Festival, held during MegaFest at the Omni Dallas Hotel. Steve Harvey will return to MegaFest to host the Woman of Purpose concert. Popstar and actress Brandy will perform at the concert benefiting Autism Speaks and recognizing two families with autistic children. MegaFest is slated for Aug. 29-31 in Dallas, offering a series of fun-filled, family-friendly activities for all ages and interests.

The Newseum is partnering with the National Park Service, the National Alliance of Faith and Justice and the National Park Foundation to host the second day of the March on Washington Memorial Youth Mentoring Summit on Aug. 27. Carlotta Walls LaNier and Ernest Green, featured guests of the youth summit, were the youngest and eldest of the nine students denied access to Central High School in Little Rock, Ark., on Sept. 4, 1957. Known as the Little Rock Nine, these African American students faced a mob of hostile protesters when they tried to enter the racially segregated school and were turned away by the Arkansas National Guard, deployed by Gov. Orval Faubus in defiance of a federal court order. Other featured guests include civil rights activist Chuck McDew, national chairman of the Student Nonviolent Coordinating Committee from 1961 to 1963, and Edith Lee-Payne, whose iconic image became the symbol of youth involvement in the 1963 March on Washington for Jobs and Freedom.