The March on Washington was the high point 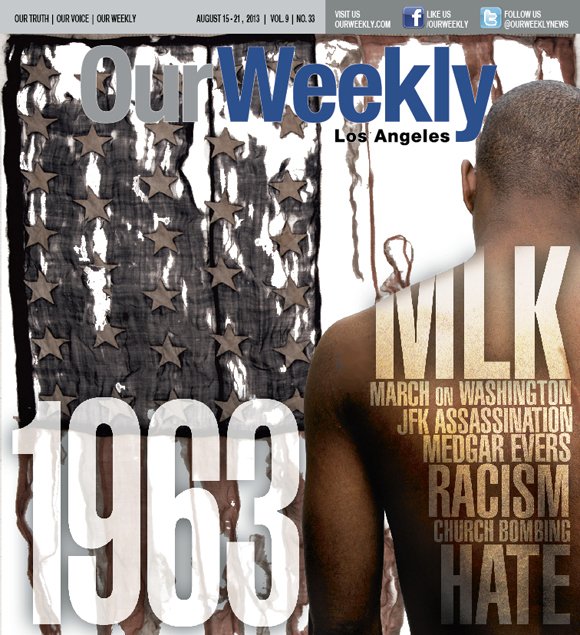 Whitney M. Young Jr., president of the National Urban League from 1961-71, helped organize the March on Washington 50 years ago to demand jobs and freedom. As America prepares to mark the anniversary of the march, the National Urban League, under the leadership of Marc H. Morial, will once again mobilize citizens across the nation to gather in Washington, D.C. ,and continue the push for economic empowerment and justice.

To commemorate the 50th anniversary of the March on Washington for Jobs and Freedom, the National Urban League and the Memorial Foundation, led by Harry E. Johnson, are hosting the Drum Majors for Justice Celebration on Friday, Aug. 23. The Urban League will also host a pre-march rally on Saturday, Aug. 24.

“We Shall Not Be Moved: A Watershed Moment for a Movement.”

Civil rights legends and national leaders will look back on a day that brought more than 300,000 people together to hear leaders from the “Big 6” address a nation at a crossroads. Speakers will reflect on the 1963 March on Washington, Martin Luther King Jr.’s iconic speech, the Civil Rights Act of 1964 and the Voting Rights Act of 1965.

Contemporary leaders will discuss the legacy of the March on Washington in the new era of civil rights with its unprecedented challenges to hard-fought victories in affirmative action and voting rights. The panel will be an historic gathering that will chart the next 50 years of the movement.

The National Newspaper Publishers Association (NNPA) is a proud supporter of the Redeem the Dream Summit. Also known as the Black Press of America, the NNPA is a 69-year-old federation of more than 200 Black community newspapers across the United States.

Celebrating young people as leaders in their own communities, this symbolic event will captivate the hearts and minds of young adults and encourage them to take up the mantle and step into their roles as Drum Majors for Justice. The event will also feature marching bands from local colleges and universities.

Urban League leaders, partners, friends and supporters will gather for a brief program, rally and sign-making session, before heading to the Lincoln Memorial for the 50th Anniversary March on Washington.

The March on Washington is a half century old. The 50th anniversary of the march, virtually overshadowed by Dr. Martin Luther King’s 1963 “I Have a Dream” speech, will arrive on Aug. 28, and will commemorate one of the most important events in American history.