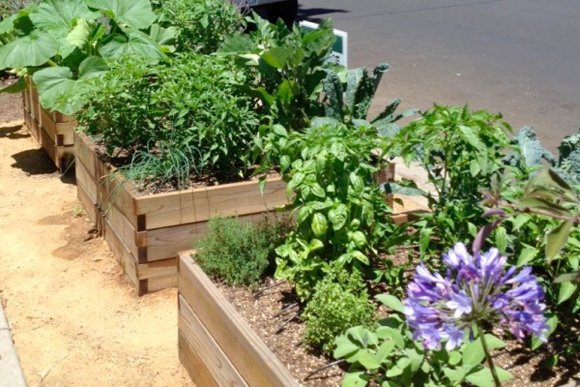 LOS ANGELES, Calif. — The Los Angeles City Council gave its blessing today to neighborhood gardeners who want to plant vegetables on public parkways, voting to waive enforcement of a city law that makes the activity illegal.

City law requires parkways — the area between a sidewalk and curb — to be “free of obstruction,” including vegetable gardens.

The council, on a 15-0 vote, approved a motion to suspend the law in the case of vegetable gardens. The practice of planting gardens on public space, often called urban gardening, has been taken up in recent years in communities with limited access to fresh produce, as well as by avid community gardeners.

The council’s vote instructs city officials to “immediately suspend enforcement” of the code for the gardeners while a “comprehensive report” on a new ordinance and a permitting process is prepared.

Council President Herb Wesson, who introduced the motion, said officials need “a little more time to sort out how we can do this,” but he did not want the community to “worry about getting cited” in the meantime.

City public works officials are in the process of amending the city’s “Residential Parkway Landscaping Guidelines” to make an exception for vegetable gardening, according to his motion, which was quickly embraced by his colleagues.

Councilman Mike Bonin said he supports the vegetable gardens because Los Angeles “has a wellness crisis,” while Councilman Felipe Fuentes, an avid gardener, pointed to a “tremendous diabetes crisis” in his San Fernando Valley district.

Last month, two gardeners were issued citations for their parkway gardens, prompting community members and the media to look into what became of a study Wesson requested in 2011.

Two years ago, South Los Angeles resident Ron Finley enlisted neighbors and friends to grow an urban garden of onions, broccoli, celery, peppers and other vegetables along a 150-foot-long parkway strip on Exposition Boulevard near his home.

Finley was subsequently cited for the garden. He gathered signatures for a petition challenging the rule restricting the gardens, eventually gaining the support of council members like Wesson, who helped initiate a study on amending the city code.