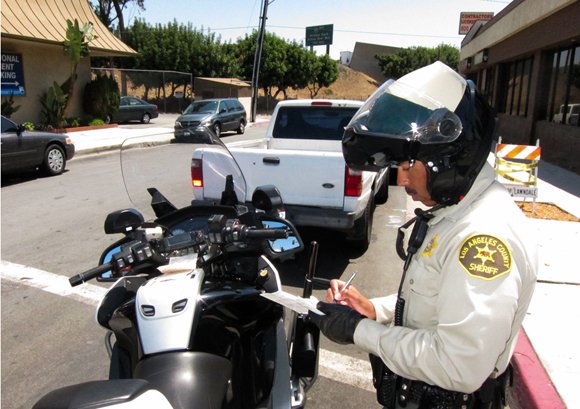 Los Angeles Superior Court Judge Terry Green said Special Order 7 did more than just provide guidelines to officers, but instead was “a real game changer” that conflicted with what the Legislature intended when it enacted provisions within the state Vehicle Code to reduce accidents caused by people driving without a valid license.

The judge said the city and the ACLU Foundation of California should take up their arguments in Sacramento rather than in the courts. He encouraged them to create a widespread discussion of the issue.

Special Order 7 will remain in effect pending a written order by Green.

The judge said he is inclined to grant a stay of his order pending the outcomes of appeals by the city and the ACLU, but will hear arguments from all sides before making that determination.

Attorneys for both the city and the ACLU said an appeal is likely. They maintained the Vehicle Code gives individual officers too much discretion in deciding whether to impound vehicles driven by motorists who were not properly licensed. They said Special Order 7 allowed the LAPD management to provide guidelines so officers conducting traffic stops as close as a block away from each other would not make completely opposite decisions.

The challenge to Special Order 7 was brought in two separate lawsuits by the government watchdog group Judicial Watch and the Los Angeles Police Protective League, the union that represents LAPD officers. The complaints were consolidated by Green.

The Coalition for Humane Immigrant Rights of Los Angeles and LA Voice were given permission by Green to intervene in the case to try to uphold Special Order 7. They were represented by the ACLU.

Special Order 7 was aimed at lessening the financial burden on drivers who have their cars impounded for as long as month for driving without a valid license. In February 2012, the Police Commission, which provides civilian oversight of the LAPD, approved the policy to allow an unlicensed driver who is stopped for a moving violation, and who has valid identification, car registration, proof of insurance and a clean driving record, to avoid a mandatory 30-day impound of his or her vehicle.

A driver who was at fault in a crash, or had a prior conviction for driving unlicensed, does not qualify for a shortened one-day impound. The policy went into effect in April 2012.

According to the CHIRLA/LA Voice court papers, the impact on immigrants before Special Order 7 was disproportionate.

“In the past two decades, vehicle impoundments — and in particular mandatory 30-day impoundments — have had devastating impacts on working-class and immigrant residents who rely on their cars to get to work, take their children to school and do all the necessary activities for which, in Los Angeles, a car is essential,” the groups’ court papers state.

“Worse still, an impoundment in many cases amounts to a de facto forfeiture as the steep fees associated with a 30-day impound often exceed that a low-income driver can pay, if not the value of the vehicle itself,” according to the CHIRLA/LA Voice court papers.

The plaintiff in the Judicial Watch lawsuit was Harold Sturgeon, who brought the action as a taxpayer case. His lawyer, Paul Orfanedes, said after the hearing he was pleased with the ruling. He said Special Order 7 interfered with the uniformity and deterrent effect that the Legislature intended with its enactment of the Vehicle Code provisions at issue.

He denied that the immigrant community is unfairly impacted without the protection of Special Order 7. In his court papers, Orfanedes cited state Vehicle Code records stating that more than 20 percent of drivers involved in fatal accidents were not properly licensed to drive.

Drivers with suspended licenses were four times more likely to be involved in a fatal accident compared to those who are properly licensed, according to Orfanedes’ court papers.

The Washington, D.C.-based Judicial Watch complaint, filed in May 2012, was the third suit filed in as many months challenging the policy. Sturgeon, of Los Angeles, maintained that the department’s impound policy was an unlawful use of taxpayer money specifically “to help unlicensed illegal aliens.”

The other plaintiff in the consolidated complaint, the Los Angeles Police Protective League, is the union representing about 9,900 rank-and-file LAPD officers.