Why more Amber alerts will be waking you up

Helping save lives from your cellphone 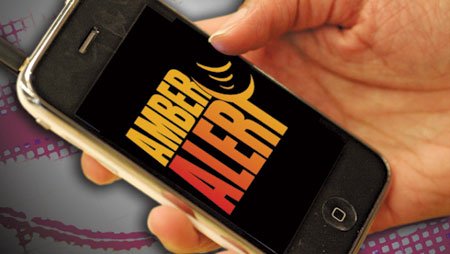 Many Californians were startled awake Monday night and early Tuesday morning by Amber Alerts that made screeching noises on their cell phones. Some people even took to Twitter to complain.

They better get used to it.

The alerts about a blue Nissan—possibly carrying Ethan Anderson, 8, and sister Hannah Anderson, 16—were the first sent statewide in California under a new program that sends Amber Alerts about abducted children via text messages to millions of mobile phones. The texts are accompanied by a high-pitched squealing sound to get the phone owner’s attention.

The alert was being accompanied by a massive manhunt Tuesday and Wednesday in California for James DiMaggio, 40, whom law enforcement authorities describe as a friend of the children’s mother, Christina Anderson.

Cell phones have been receiving Amber Alerts since 2005 under a partnership between the wireless industry, the United States Justice Department and the National Center for Missing and Exploited Children. But people had to sign up to receive the alerts—only about 700,000 did—and then designate the areas for which they wanted to get alerts.

They would then only receive alerts for those designated areas, regardless of where they were physically located. So you could be from Nebraska but vacationing in Florida, for example, and not get an Amber Alert about an abduction a dozen miles from your Tampa hotel.

That system was replaced on December 31, 2012, by the Wireless Emergency Alert program, run by FEMA, which sends free, automatic notifications to almost every phone in the surrounding area or even the state. Cellphone owners now receive Amber Alerts based on their proximity to the emergency, not the location of their phone number. And people must opt out if they prefer not to get the alerts.

The messages are sent over a special wireless carrier channel called Cell Broadcast and aren’t affected by congestion that might disrupt regular calls and text messages, according to the National Center for Missing and Exploited Children. About 100 Amber Alerts, sent simultaneously to all compatible mobile devices within range of the cellular towers in the affected area, have been sent nationwide so far under the Wireless Emergency Alert program.

The program was credited with locating an abducted 8-month-old boy in Minnesota in February. A Minneapolis teenager saw an Amber Alert on his phone and called police about a neighbor whose Kia matched the description in the alert. The neighbor was arrested, and the infant was recovered unharmed.

Carriers representing 98 percent of all U.S. wireless subscribers are on the new program, and more than 200 models of phones support the alerts, said Brian Josef, an assistant vice president for regulatory affairs at CTIA, the wireless industry trade association.

The alerts “are absolutely saving lives,” Josef said. “We have stressed that these alerts have been used judiciously, sparingly,” he added, when asked about irritated reactions to Monday’s Amber Alerts in California. Once phone users understand what it is, “they appreciate the information,” he said.

Some older phones, including the iPhone 4, will not receive the alerts.

People can choose not to hear Amber Alerts by adjusting the notification settings on their phones or by setting their phone to vibrate.

Monday’s alert was the third Amber Alert in California in 2013; the first two were just broadcast to phones in specific counties.

Launched in Texas in 1996, Amber Alerts were originally sent out via radio, TV and electronic highway signs as part of the national emergency-alert system that includes warnings about extreme weather such as tornadoes and hurricanes.

Some critics of Monday’s alert said it was too vague, offering only a description of the wanted vehicle without further context. But Californians should appreciate that such a notification system exists in times of crisis, wrote columnist Jon Healey in the Los Angeles Times.

“The fact that the alerts were broadcast indiscriminately to San Diego-area cellphones (and later, to all California phones capable of receiving text messages, as the alert went statewide) clearly annoyed a lot of wireless customers,” he wrote. “But the alerts can’t really be targeted if police don’t know where the kidnapper is, and it’s impossible to predict who might be in a position to help. So Amber has to cast a wide net to have any hope of succeeding.

“Yes, it might have helped if the message had been less cryptic. But now that we’ve all seen one, we should be able to recognize what such alerts are trying to tell us.”