How the golden years become tarnished 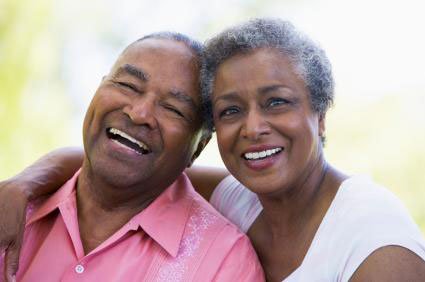 The elderly population is one of the fastest-growing population segments in the United States. How prepared are you for your golden senior years? Your latter years should be your best years. However, for many, it’s the opposite.

I can recall when our parents worked at one job until they retired, having retirement benefits and Social Security benefits. During their golden years, they were able to garden, fish, enjoy their hobbies, and spend time with their grandchildren or even baby-sit their grandchildren.

What happened? During the last 40 years, America shifted from a manufacturing industry to a service and information-based economy. This resulted in a heavy reliance on foreign imported products, and now, many American corporations (multinational) are outsourcing their work to a number of these countries. Take a look at any American port and you will see for yourself why the economy is struggling.

Sad to say, jobs for the unskilled/laborers in industries such as automobile and aerospace, as well as others, have disappeared. This left the baby boomers, those born between 1946-1964, in a canoe without a paddle trying to go upstream, so to speak. They were left with small or no retirement benefits. Those who found work after our major industries shifted out of the USA saw their salaries drop by 50 percent or more, yielding them only a small Social Security benefit at their retirement age.

Social Security for the average African American is between $500 to $1,000 a month, and this will not cover rent and utilities even in low-rent senior citizen housing. Now we are facing calls to increase the earliest eligibility age for receiving Social Security benefits from 62 years to 65 or 67 years.

Wow! What clever politician came up with this idea? I just don’t know.

When I was growing up, I recall the grandmother and/or grandfather coming to live with their children and grandchildren. Today, it’s the reverse; children have to move in with their parents. For many African Americans, the grandmother has to become caretaker for their grandchildren due to drug addiction or incarceration of their children. This brings into existence a new challenge for the elderly. Even though they are financially challenged, they cannot take advantage of senior housing because their grandchildren are living with them and children and teens are prohibited from living in senior housing.

As an elder, I am saddened as I witness the hardship and distress of our senior citizens today. I am saddened for their children who want to help their parents but cannot because of corruption and greed on the part of the “Haves” against the “Have-Nots.” I hear the cry of the elderly who did everything right, abided by the rules, got their education, and now find themselves in a position of barely surviving.

Many of them are depressed, and because of their depression, isolation, and loneliness, they suffer many health challenges. For many Black elderly, the only outlet they have is the church, and when they can no longer drive or catch a bus, there is no one to come and help them get dressed and take them to church even though their entire life and socialization has been the church. So sad!

It’s time that we all start thinking, planning, and talking about our golden years. If the rapture doesn’t come and your number is not called, you will get to be a senior. So become aware of political changes, new laws that come into effect, the global and national economy that could impact your future as a senior. Keep up with your political representatives and monitor what they are doing to protect the seniors. Write letters to your politicians regarding elderly concerns, and encourage seniors to vote because they do make a difference. Let your political representatives know that their elderly constituents are many and they want their voices heard. Let’s live life to the fullest, make preparations for becoming an elder, and our golden years will stay golden.

Being a senior citizen should not represent the ending of life but the beginning of a new one. If we plan ahead, we will have good reasons to look forward to our golden years. The scripture is right: “We perish due to lack of knowledge.” Become knowledgeable.

Minister Rosie Milligan is a counselor, talk-show host, author, business consultant and publisher. Her latest book, coauthored with Clara Hunter King, Esq, is “Departing This Life Preparations: What You Need to Know to Get Your Personal and Business Affairs in Order.” Email: Drrosie@aol.com; website Drrosie.com.