Obama cancels talks with Putin ahead of G-20 summit

Russia says it is disappointed about the canceled Obama-Putin talks 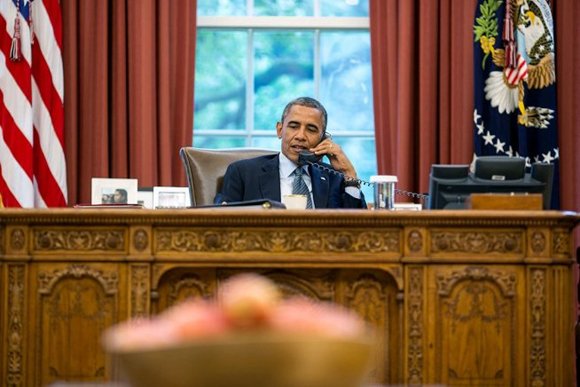 WASHINGTON, D.C. — President Barack Obama formally canceled a much-discussed visit to Moscow next month for talks with Russian President Vladimir Putin, citing a lack of progress in bilateral relations since Putin regained the presidency a year ago.

Obama will still attend a G-20 summit in St. Petersburg in early September, but now will go to Sweden beforehand instead of stopping in Moscow to meet with Putin, the White House announced.

“Following a careful review begun in July, we have reached the conclusion that there is not enough recent progress in our bilateral agenda with Russia to hold a U.S.-Russia Summit in early September,” a White House statement said.

In addition, no one-on-one meeting between Obama and Putin is scheduled for the G-20 summit, a senior administration official told CNN on the condition of not being identified. However, the two leaders would see each other at group meetings in St. Petersburg.

The White House statement noted progress in relations with Russia during Obama’s first term, much of it when Dmitry Medvedev was president and Putin was prime minister. Putin regained the presidency in May 2012.

“Given our lack of progress on issues such as missile defense and arms control, trade and commercial relations, global security issues, and human rights and civil society in the last 12 months, we have informed the Russian government that we believe it would be more constructive to postpone the summit until we have more results from our shared agenda,” the White House said.

The statement also cited Russia’s recent decision to grant asylum to classified leaker Edward Snowden as a factor in the decision, but a senior administration official told CNN that the talks with Putin were likely to have been canceled regardless.

“We just hadn’t gotten any traction” on issues that the summit would have addressed, including missile defense and a reduction in nuclear missiles, the official said on the condition of not being identified, adding that attempts to find common ground on economic and trade agreements also were problematic.

“We’re not in the business of doing summits just to do summits,” the official told CNN.

Despite canceling the Moscow talks with Putin, the White House said a meeting set for Friday between Secretary of State John Kerry and Defense Secretary Chuck Hagel with their Russian counterparts would proceed “to discuss how we can best make progress moving forward on the full range of issues in our bilateral relationship.”

“It’s clear that the decision is linked to the situation around former CIA contractor Edward Snowden,” Ushakov said, according to Tass, which quoted him as saying the situation “illustrates that the U.S. is not ready to build equal relations with Russia.”

The invitation for Obama “remains in force,” he said.

The senior Obama administration official said, “we still have business to do with these guys on Afghanistan and Iran as well as other issues.”