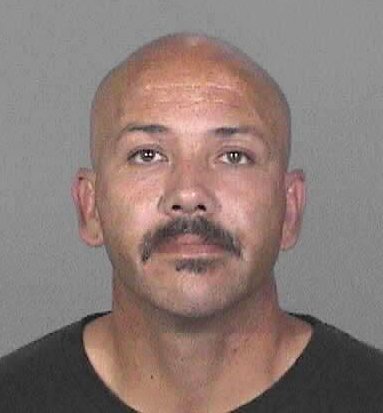 Paroled Sex Registrant Kidnaps 17-year-old Girl in Palmdale On Friday, August 2nd, 39-year old Palmdale resident Richard Stine, who is on active parole for forcible rape and who has an ankle monitor, kidnapped a 17 year-old female at the corner of 30th Street East and Palmdale Boulevard, in the City of Palmdale. The victim was walking eastbound on Palmdale Blvd when Stine allegedly approached her from behind and pushed an object into her back. The victim said Stine told her to keep walking or he would shoot her. As Stine forcibly escorted her across the street the victim began to waive her arms in an attempt to gain attention from passersby. Stine eventually forced the victim behind a church and out of the view of the public. A concerned Palmdale citizen saw the female who looked in distress and immediately called Palmdale Sheriff’s Station. Deputies quickly responded, when the victim saw them, she broke free from Stine and ran towards the deputies. Stine immediately gave up. The victim was uninjured. Stine was arrested and booked at the Palmdale Sheriff’s Station. He was booked on charges of kidnapping with the intent to rape, with a bail amount of $100,000 in addition to a parole hold. Stine is scheduled to be arraigned on August 5, 2013 at the Antelope Valley Courthouse.

PALMDALE, Calif. — Bail was set at $2 million today for a sex offender parolee charged with attempting to kidnap a 17-year-old girl in Palmdale.

The criminal complaint alleges that Stine has two prior felony convictions for forcible rape and kidnapping in 1999.

Stine appeared for arraignment today in an Antelope Valley courtroom, but the hearing was postponed until Aug. 20.

Stine allegedly approached the victim around 8 a.m. Friday as she walked near 30th Street East and Palmdale Avenue. She alleged that Stine ordered her to keep walking or he would shoot her.

A good Samaritan called 911 after noticing the girl waving her arms in an attempt to gain attention before she was forced behind a church and out of view.

If convicted as charged, Stine faces up to life in prison with the possibility of parole, Scolnik said.