Bulger and a former henchman trade expletives in court 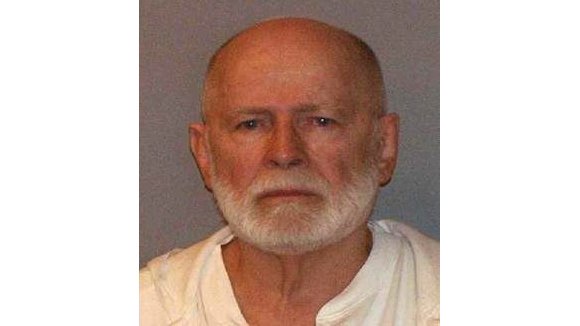 BOSTON, Mass. — Jurors cried and expletives flew about as alleged Boston mob boss James “Whitey” Bulger was tried for the deaths of some 19 people.

Prosecutors say that in a two-decade period Bulger was also involved in extortion, racketeering and money laundering. He pleaded not guilty to all charges.

With Bulger’s case in the hands of a federal jury, we look back at some of the most memorable moments from his trial:

The courtroom was captivated as witness after witness told of brutal gangland-style “hits” that claimed the lives of their loved ones.

A 63-year-old witness testified about the night she was in a car that was suddenly riddled by bullets, leaving her then-boyfriend a quadriplegic for the remaining three decades of his life: He was “covered in blood and broken glass, eyes glazed over ... (he) let out a groan,” said Diane Sussman de Tennen.

Another witness apologized to the judge as he testified about that same incident, in which he lost his brother, who was also in the car. Donald Milano broke down as he talked about his brother’s excitement over his new car the day before it was sprayed with bullets.

Another witness, Deborah Scully, was nine months pregnant when her baby’s father was shot and killed. She couldn’t attend his funeral because she had just given birth.

Two jurors were driven to tears during the day of emotional testimony.

Flemmi described in great detail the murders he says he witnessed Bulger commit, portraying himself as a lackey who got rid of physical evidence, including pulling victims’ teeth to avoid identification and disposing of bodies.

Flemmi said he witnessed — but did nothing to stop — the murder of his own 26-year-old stepdaughter at the hands of Bulger. He said Bulger strangled the woman because she knew the name of a rogue FBI agent who had recruited Bulger and Flemmi to work as informants.

Flemmi admitted that after the murder, he removed his own stepdaughter’s teeth and buried her in a basement floor.

A juror wept as Flemmi laid out the details.

Expletives fly in front of jurors

“We killed people that were rats, and I had the two biggest rats right next to me,” he said.

At that, Bulger turned and hissed, “You suck.”

“F— you, too,” shouted Bulger as the jury watched.

“What do you want to do?” said Weeks, his eyes locked on Bulger, who was flushed and staring right back.

U.S. marshals stood between the two men, and the judge instructed them both to follow the rules of the court before Weeks was dismissed, his testimony over.

A widow calls Bulger a coward

Defense attorneys kept the courtroom on pins and needles, waiting until the last moment to tell the judge Bulger wasn’t planning to testify in his own defense.

“You’re a coward!” Patricia Donahue, the widow of one of Bulger’s alleged victims, yelled in court. The judge quickly settled everyone down.

“I’m making the choice involuntarily,” Bulger said about refusing to testify. “I feel I’ve been choked off from making an adequate defense.”

A prosecution witness who was set at one point to testify against Bulger was found dead just a day after he was dropped from the prosecution’s witness list, a friend said.

Stephen Rakes, 59, had turned up almost every day in court to watch the trial and was devastated when he learned he wouldn’t testify, according to his friend.

It seemed like quite a strange coincidence at the time that Rakes was murdered in the middle of the trial. But the district attorney has said his death had nothing to do with the trial — Rakes was likely poisoned by a man who owed him money.