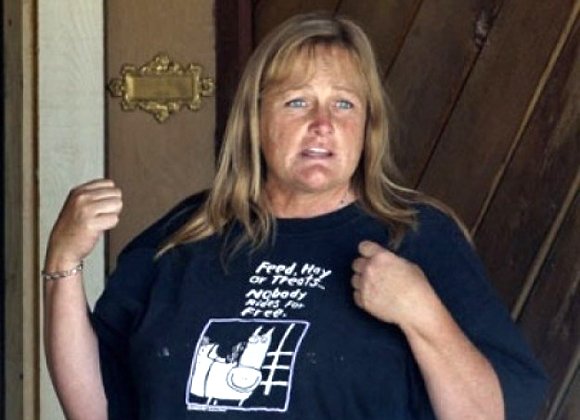 LOS ANGELES, Calif. — Debbie Rowe has said she doesn’t want fame. But as Michael Jackson’s ex-wife and the mother of two of his children, she may now be thrust into the center of the latest high-profile trial related to the superstar’s death.

Rowe is set to testify this week at the wrongful death trial that Jackson’s family has brought against entertainment giant AEG Live.

A lawsuit filed by the Jackson family claims that the concert promoter is liable for the death of Jackson because it hired Dr. Conrad Murray, who treated the superstar with propofol, a surgical anesthetic, to help him sleep. A coroner ruled that the superstar’s death was caused by an overdose of the drug.

Murray was convicted of involuntary manslaughter for Jackson’s death in 2011.

While the trial thus far has largely focused on key players involved in Jackson’s comeback “This Is It” tour, it now turns to Rowe, who has largely shunned the spotlight since divorcing Michael Jackson in the 1990s.

AEG Live will call Rowe to testify, and because of her close relationship with Jackson, she could bring some unique insights on the pop singer’s life.

Rowe, 54, currently lives on a horse farm in Palmdale, California, about an hour north of Los Angeles.

She and Jackson met while Rowe was working as a dermatology nurse in Los Angeles for Dr. Arnold Klein. Klein had been the singer’s personal friend and dermatologist for years. After Jackson was diagnosed with vitiligo in the 1980s, he visited the doctor frequently.

Rowe has said in interviews that her friendship with Jackson grew over the course of these visits, and that Jackson expressed a deep desire to become a father. Rowe said she desperately wanted to give him that gift, and they struck an agreement that she would bear his children.

It was while she was pregnant with their first child, Prince, that they wed in Australia in 1996. A year later, Rowe gave birth to their second child, a daughter named Paris. Rowe has said that Jackson was overjoyed by fatherhood and took full responsibility for raising the children.

Their marriage, however, did not last. The couple divorced in 1999, and Rowe went on to relinquish custodial rights over their two children. In 2004, however, Rowe tried to reverse that decision when the singer faced child abuse charges. Though she did not win custody, Jackson was ordered to pay her $60,000 in legal fees.

Then in 2005, during Jackson’s highly publicized molestation trial, Rowe came to her ex-husband’s defense and claimed in court that he was a supportive and loving father, though she admitted she had not seen Jackson or her children for several years. The pop star was eventually acquitted on all counts.

Shortly after the trial, Rowe moved to Palmdale and continued to live a life out of the limelight until Jackson’s death in 2009. Since Jackson’s passing, Rowe has reportedly become a permanent fixture in her children’s lives and has grown close to daughter Paris. After the 15-year-old’s failed suicide attempt June 5, Rowe tweeted about Paris, “She is strong like her father.”