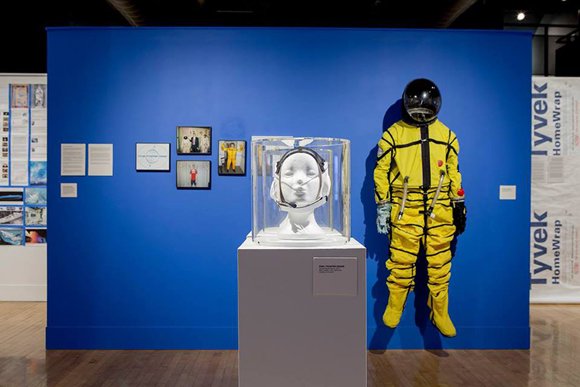 The Lancaster Museum of Art and History (MOAH) will host a public reception on Aug. 3 from 4-6 p.m., celebrating the opening of four new exhibits. The shows are based on the privatization of space travel, and an examination of the issues of the burgeoning senior population.

Occupying the main gallery is the landmark exhibit: “Free Enterprise: The Art of Citizen Space Exploration,” which is the first contemporary art exhibition in the United States to present international artists and organizations investigating the connection between art and civilian space travel. The possibility of fulfilling the human dream of space travel has been encouraged by a major political and cultural shift away from toward a model based on private enterprise. Artists are at the center of this movement along with an international consortium of organizations.

The exhibit is especially relevant to the Antelope Valley, home to the world’s most successful and innovative companies in the global space industry, with organizations such as Scaled Composites, NASA’s Dryden Flight Research Center, Boeing, Lockheed Martin, Northrop Grumman, and the Mojave Air and Space Port at the zenith of space flight research and testing. Many of the Free Enterprise artists worked collaboratively with these corporations on projects ranging from sending their art into space on the Apollo 12 mission, to depositing a virtual museum on the moon, and redesigning fashion for private space travel.

Finally, our local citizens in space, XCOR Aerospace Inc. (Mojave), will install a full-scale working rocket and other displays inside the museum.

Continuing with the theme of space and flight, Los Angeles-based artist Tim Youd will perform the typing of Tom Wolfe’s “The Right Stuff” on the original typewriter used to write the book. Youd’s performance involves typing the novel on a single page run through the machine repeatedly, thereby embedding the entire manuscript into one sheet. The novel concerns NASA’s first seven astronauts selected for space travel, known as the “Mercury Seven,” and other test pilots working with high-speed, rocket-powered aircraft at Edward’s Air Force Base, known as Muroc Army Airfield at the time.

Wolfe relied on his extensive research into the astronauts’ and test pilots’ lives, documenting why they would risk everything for such a dangerous and untested occupation.