One sheriff’s deputy and one LAPD officer 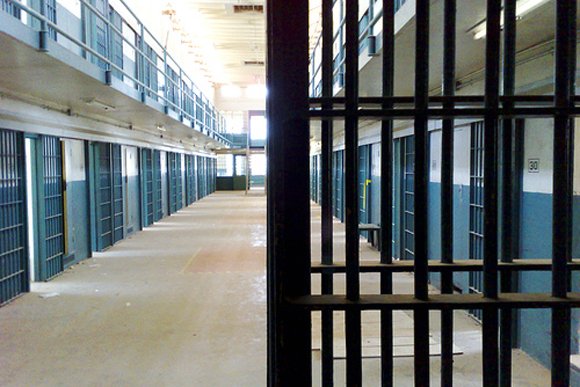 A 28-year-old deputy who worked patrol in the Palmdale Sheriff’s Station made his first court appearance Wednesday on charges of rape and bribery involving women who were pulled over for supposed traffic violations.

Jose Rigoberto Sanchez, a seven-year veteran of the force, was ordered to remain jailed in lieu of $1.5 million bail while awaiting arraignment Aug. 7 in Los Angeles Superior Court on 11 felony counts. If convicted, he could be sentenced to up to life in prison, according to the district attorney’s office.

Sanchez was arrested Monday at his home on suspicion of raping a woman and soliciting bribes from her and another woman while on duty nearly three years ago, the sheriff’s department reported.

The charges follow an extensive investigation by the district attorney’s Justice System Integrity Division and involve traffic stops of two female motorists. All but one of the counts involve a woman in her 20s who was stopped Sept. 22, 2010.

John C. Taylor, an attorney for the alleged rape victim, contends she was pulled over by the deputy, under the pretext of investigating an outstanding warrant, after she had stopped briefly at a local gas station.

“He asked for no registration, made inappropriate remarks and requests, and placed her in the back of his marked sheriff’s unit,” Taylor alleged. “He then drove her into the desert and raped her.”

Afterward, the attorney contends, Sanchez drove her back to her own car and followed as she drove home.

“She reported the rape within a day,” Taylor said. “The ease and comfort with which the deputy moved her around leads us to believe there are other victims out there. We are asking those women to come forward.”

The attorney said the past several years had been “extremely frightening for her—because of the attack and the fact that the deputy knew where she lived.”

He said his client “is relieved now that he’s locked up. “She’s suffering tremendous emotional damages.”

Two nights later, Sanchez pulled over another woman on suspicion of driving under the influence and allegedly solicited a bribe in the form of sexual activity, according to the district attorney’s office.

A six-month investigation into a 2010 incident began with a tip from an informant and the case was turned over to the district attorney’s office in January 2011, authorities said.

Sanchez was relieved of duty with pay in 2010 and without pay starting Monday, when he was arrested, officials said.

In another incident, a Los Angeles police officer charged in May with luring two young girls to his home pleaded no contest to sexually molesting one girl and attempting to molest the second child, the District Attorney’s Office announced.

Miguel Angel Schiappapietra Jr., also 28, is expected to be sentenced to three years in state prison and ordered to register as a sex offender when he returns on Sept. 6 for sentencing before Judge Michael Abzug. He pleaded no contest on Tuesday.

The six-year veteran of the Los Angeles Police Department was arrested in May after two girls, both under the age of 10, told detectives that Schiappapietra sexually molested them. The Los Angeles County Sheriff’s Special Victims Unit investigated the case.

Deputy District Attorney Stephanie Sparagna, with the Justice System Integrity Division, said the deputy entered his plea before Judge Edmund Clarke, who allowed him to remain free on bail.